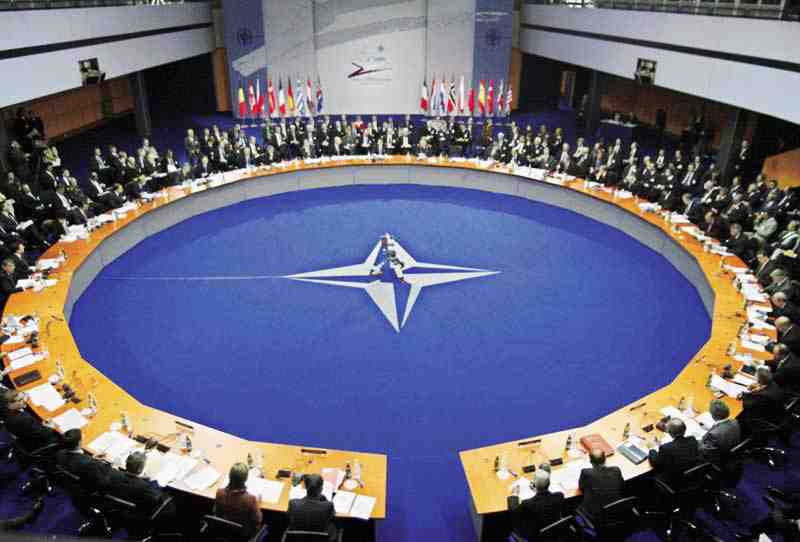 Training Afghan troops, the risk of troops leaving before the job is done, and falling public opinion were cited as the main challenges. “We all recognise that public support is declining; progress is not nearly as quick as anyone would like; and the last year has been a reversal,” said Appathurai, “but the Secretary-General believes that people understand why we are there”.

Answering questions about Obama’s announcement last week that troops would begin being withdrawn in the middle of 2011, Appathurai said:

“We won’t bugger off. We’ll transition to a support role.”

Tremblay echoed General McCrystal in calling the 2011 date the “end of the beginning”. Both spokesmen emphasised the case for a “conditions-based” withdrawal while Tremblay called Obama’s announcement a “devastating day for the enemies of Aghanistan … [because] there is a Commander in Chief intent on leaving.” But the irony was not lost on the bloggers present that both Appathurai and Tremblay are Canadian, a country which announced 20 months ago that its troops would be withdrawn by 2011.

Tremblay made one surprising admission comparing the controversial Afghanistan elections to the European elections in June: “That seemed like a legitimate democratic vote .. potentially there was some fraud, but in the end a winner was declared.” Both votes were beset with low turnouts but the Afghanistan election has been called a “five-star debacle” for the scale of ballot rigging.

Mehdi Hasan, also on the trip, has highlighted Tremblay’s admission that ISAF forces and, by extension, the governments of America, Britain, Canada “could be” funding the Taliban in order to get supplies through the roads from Pakistan.

General McChrystal says Obama’s decision “recognizes that the next 18 months will likely be decisive, and ultimately, enables success.”