While unemployment is continuing to rise, & the labour market remains fragile, the rate of increase in unemployment has been slower than we could have expected. 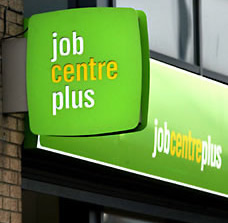 While unemployment is continuing to rise, and the labour market remains fragile, the rate of increase in unemployment – by both the claimant and International Labour Organisation (ILO) measures – has been slower than we could have expected.

But this does not mean that, as some newspapers have been suggesting, unemployed people have got it easy. TUC analysis of Institute for Fiscal Studies (IFS) and Annual Survey of Hours and Earnings (ASHE) data shows that while in 1985 unemployment benefits were worth 18 per cent of average earnings, this had fallen to just 10 per cent by 2008, and rose only very slightly to 11 per cent of average earnings this year.

When benefits are uprated in April 2010 the ratio will improve slightly again, but will remain significantly lower than during previous recessions, and while their real terms value has been declining, the conditions that have to be met to allow unemployment benefits to be claimed have been on the increase – a process that started in 1979 and has never stopped.

When unemployment insurance was first introduced in 1946, it was based on the idea that workers made contributions to the fund (national insurance) in return for benefit payments if they lost their jobs. This system was accompanied by means tested support for those who were out of work but had not built up contributions.

By 1966 benefits were payable for 12 months of unemployment, with earnings related supplements available for six. But by 1980 earnings related supplements to unemployment benefits were being cut and during the decade further changes included making the benefit taxable, denying 16-17 year-olds and full-time students the right to claim and increasing the maximum disqualification periods from six to thirteen weeks.

Jobseekers Allowance (JSA) was introduced in 1996, replacing Unemployment Benefit and means-tested support, but accompanied by further cuts in entitlements. The maximum period for payment of contribution based benefits was cut from 12 to 6 months (after which only those with very low incomes could receive means tested JSA), and the amount available for adults aged under 25 was reduced.

While there haven’t been any significant reductions in entitlements since Labour have been in power, none of the previous cuts have been reversed and the conditions that jobseekers face in order to demonstrate they are actively seeking jobs have been increased.

While workers continue to make contributions, contribution-based payments are now only a minor part of the system, and those who do qualify for the means tested element are consigned to living significantly below the poverty line. The New Policy Institute (NPI) recently found that more households are living on incomes of less than 40 per cent of median income than ever before, and that working-age adults without dependent children are much more likely than any other group to have a very low income – below the 40 per cent threshold.

With benefit rates so low, this is no surprise. But the TUC believes that workers who have lost their jobs and can’t find work deserve significantly more.

Our guest writer is Nicola Smith, Senior Policy Officer at the TUC