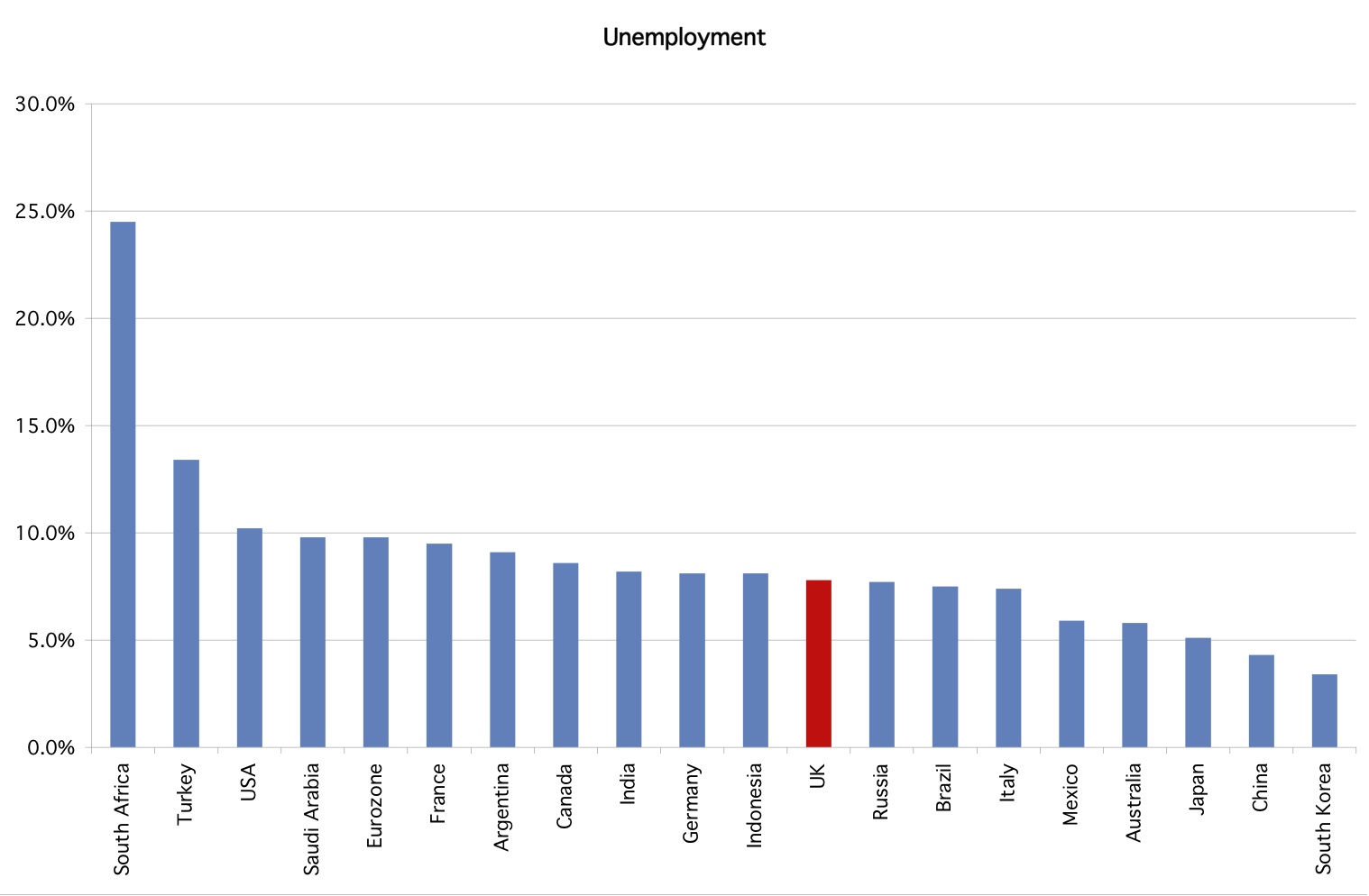 On his blog, Guido has an article showing a venn diagram of G20 countries. He claims that:

“The big circle shows the all 20 members of the G20, the left-hand set comprises those members who are out of recession, the small right hand set contains those countries still in recession.  This is one chart you won’t see on Will Straw’s Left Foot Forward…

“Embarrassingly for Gordon Brown, who sees himself as financial saviour and leader of the world, the only member country of the G20 still in recession is the UK.”

Now Left Foot Forward is aware that it must be doing something right if it has become a target of Guido’s fire but we couldn’t possibly stand by and let something so inaccurate pass without comment.

The ‘Output, prices, and jobs‘ section of this week’s Economist clearly shows that there are at least five G20 countries still in recession: Britain, Canada, Mexico, South Africa, and Russia. Spain, who attend G20 meetings, are also still in recession.

Indeed, the Economist data suggest that only Australia, China, India, Indonesia, South Korea, and Saudi Arabia recorded positive growth (year-on-year) in the quarter for which data is most recently available.

Left Foot Forward tried to point out the error of Guido’s ways on his blog but our comment had not yet been published as we went to press. Perhaps Guido doesn’t like the truth.

While we’re on the subject, take a look at this graph of unemployment across the G20. It shows where the UK lies in relation to unemployment. Source: Bloomberg.

Left Foot Forward believes in evidence and we’re happy to concede when someone else has better evidence than we do. It turns out that Guido was more up-to-date so we’re happy to eat a little humble pie (and remove the Guido’s dunce cap). Comments are closed on this post.

24 Responses to “Economics for Gui-d’oh Fawkes”