Anyone seeking power should play by the same rules as the public. David Cameron’s belated response to the tax affairs of Goldsmith and Ashcroft is revealing. 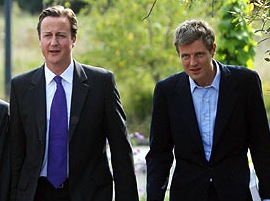 Gone are the days when the general public viewed politicians as men and women to be revered from a distance. The expenses scandal illustrated that they are as susceptible to the temptation to make the most of the financial opportunities presented to them, however dubious the morality of doing so, as the rest of us.

At the very least, however, we must still be entitled to expect that those seeking to wield the power of government are no worse than the rest of us: That they abide by the same laws, are subject to the same norms of behaviour and, perhaps most importantly of all given the current economic situation, that they pay the same taxes as us.

Until this week, the Conservative Party apparently did not agree. It has been revealed that Tory candidate Zac Goldsmith has held non-domiciled tax status for over a decade – and unbelievably, held it until well after being selected as a parliamentary candidate. Estimates on how much money he may have saved on his £200 million fortune as a result of his tax status vary, but the figure is beside the point. What matters is that David Cameron thought it appropriate to champion a man as a future Member of Parliament who for his entire life has explicitly argued that the UK is not his home and who has used his position of privilege to avoid contributing to a society he now seeks to represent.

This is not a debate about what we should do about non-domiciles in general. It does not necessarily matter that Zac Goldsmith is an incredibly wealthy man by virtue of his father’s business interests. It is however blindingly obvious that someone seeking the power to decide on matters of public life should have an unblemished record of participating in public life. In the same vein, had Lord Ashcroft not sought to become a peer, then his tax status would be less of an issue. And in the spirit of evidence-based blogging, Labour’s Lord Paul is in a similar position.

David Cameron’s belated response to the scandal is to propose a pathetically obvious new law that prohibits legislators from holding non-domicile status. That a law of this kind is needed illustrates how low Parliament has stooped. That it has taken this long for Cameron to realise that there might be a problem with his poster-boy candidate is revealing. That he still refuses to clarify the tax status of his party’s Deputy Chairman, most significant donor and a senior peer, remains an absolute scandal.

6 Responses to “Cameron cannot brush aside the tax-status scandal”