A manifesto mandate for wider renegotiation, likely to be pursued by Cameron, is more worrying than the hollow gesture of a referendum after Lisbon is ratified. 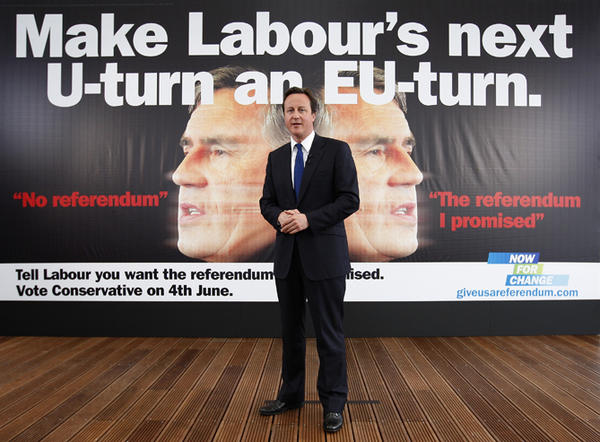 As the Conservative civil war over David Cameron’s expected u-turn on a Lisbon treaty becomes clear, Left Foot Forward feels no ease from a sense of schadenfreude on the left. The “manifesto mandate” for wider renegotiation, which Tim Montgomerie predicts Cameron will pursue, is more worrying than the hollow gesture of a referendum after Lisbon is ratified.

On the eve of Conservative party conference, the Guardian revealed that Cameron would “rule out a referendum on the Lisbon treaty if the measure is ratified” and, if elected, plan to:

“Repatriate social and employment powers to a national level. This would effectively mean restoring Britain’s opt out from the social chapter.”

As ardent eurosceptic Ruth Lea has told this blog, “The Social chapter was a special protocol at the time of Maastricht but it was absorbed into the major treaties during Amsterdam.” Following this logic, career diplomat Sir Stephen Wall wrote recently:

“[The] return of social and employment legislation to national control … would require the agreement of 26 other states. And no concession would be made to Britain without us giving something in return. Would we, as other EU members might well demand, give up our budget rebate in exchange? The rebate is worth £3 billion a year.”

And even if a Conservative government did negotiate a successful repatriation of social and employment powers, it would have disatrous consequences for British workers. As Left Foot Forward has shown the following rights could be put at risk:

• A minimum of 26 weeks maternity leave for women, and two weeks for men

• The Temporary Agency Workers directive which will ensure that 1.3 million workers for these agencies will be given pay and paid holidays comparable to the equivalent full-time employee doing the same job.

• The Transfer of Undertakings/Protection of Employment (TUPE) Directive, which ensures that workers retain basic employment, pension and seniority rights if their company is taken over

• Protection of workers where their employment contract is terminated

10 Responses to “The madness of a “manifesto mandate””