Detailed dissection of the flaws in the Digital Economy Bill. 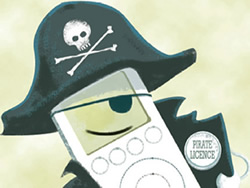 Left Foot Forward published an article last week, Unravelling the Digital Economy Bill, but the fact is that the legislation is flawed. We say this for a number of reasons but the most concerning is the Secondary Legislation included within the Bill.

Without getting into the details of Parliamentary legislative rules, this Bill will give the power to Lord Mandelson, or any future Secretary of State whose remit includes this legislation, to introduce new laws, without extensive Parliamentary scrutiny.

Apparently, Lord Mandelson has also written to the Leader of the House, Harriet Harman MP, to amend the 1988 Copyright, Designs and Patents Act, also, most likely through secondary legislation. This is all part of the Government’s crack-down on media piracy.

However, the Guardian has been reporting the potential for this Bill to open the door for the Tories to help Rupert Murdoch and stop news aggregators such as Google publishing any NewsCorp or News International owned news, which would be a dangerous precedent and a concerning outcome for everyone – including bloggers such as ourselves.

Attempts by Murdoch to pair with Microsoft to block out Google seem to be underway if the Dow Jones Newswire is accurate. This potential lack of consultation, scrutiny and openness is concerning in any Bill, however in a medium and industry that is as fluid as the digital and online sector, there is large potential for this legislation to have some very damaging effects.

Whilst these controversial legislative methods are apparently designed to future-proof the bill technologically, it also raises a few questions about the government’s vision of the future. Moore’s Law talks about the number of transistors on a given piece of silicon doubling every 18 months; this is the reason why computers and networks have sped up and why storage on mobile phones have increased over the years.

It is also the reason why the minimum standards for future broadband aim way too low. With Moore’s Law in mind, it is important to look at the actual technological advances being triumphed in this Bill. The UK government had a chance to spur innovation and be visionary like it did with the motorway system in the 1950s, instead we will have set a miserably low benchmark.

The UK is relatively densely populated, yet Australia under the leadership of Kevin Rudd has set access speeds of 100MBps for 90 per cent of homes. Hong Kong residents already enjoy 100Mbps broadband and similar speeds are available in Japan and South Korea. Simply put, the digital economy won’t be able to grow under these circumstances.

Furthermore, there is no reference to the digital tax, a necessary evil, to pay for these upgrades. Although it has been stated that it will be in the Finance Bill which will be outlined in the near future, what happens if this Bill doesn’t get through prior to the election and the Finance Bill does? Where is this money supposed to go?

The next concern is the “three strikes and you’re out” policy, which opens up a whole new area of discussion. Every home will be sent three warning letters every time their ISP finds them downloading illegal content. Users can have their accounts blocked or fined, as can ISPs who do not comply, despite the fact that the ISPA has said most of the Bill will be unworkable and costly.

Ironically, there is some research to indicate that piracy is closer to trialling, like a test drive at a car dealership and plays an active role in word-of-mouth marketing boosting media content sales.

The Bill tries to protect the media industries against digital innovation. Yet this is as misguided as the nationalisation of failing businesses in the UK up to the late 1970s. Much of the media industries’ problems are due to chronic mismanagement.

Looking at newspapers firstly, they have little to differentiate themselves, like British Leyland of old they produce the type of content no one wants to buy and have historically been making cuts in all the wrong places of their businesses. An analysis found that newspapers were spending 70 per cent of their money in areas that were not value-creating.

The music industry’s issues extend back way before the internet and have been well documented by the industry insiders like Simon Napier-Bell. In fact it was only the rise of the CD and back catalogue sales of older artists which helped it grow meaningfully throughout the 80s and early 90s.

Music labels have a fundamental lack of understanding of online economics, in a time when they should be looking how they can rationalise processes and sign increased rosters to take account of the ‘long tail’ of consumer demand they have reduced artist rosters. They cease to add value for established artists who instead have gone for ‘360’ deals with events companies which provide them with more money.

So basically, there are a lot of holes in this Bill. It could all be moot as it may not even get through prior to the election, but there is no doubt that it needs many more amendments before it creates anything truly useful. Hopefully, the secondary legislation will be used to make these improvements, because if this Bill is sped through without proper consultation, the digital economy may take a long time to recover.

21 Responses to “The Digital Economy Bill is legislatively flawed”