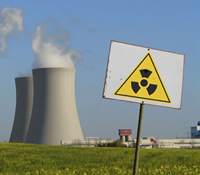 Despite the hype and sense of inevitability about a massive new nuclear power programme, it looks like some of the key players are less convinced.

Left Foot Forward reported some weeks ago that the chief of E.ON says new nuclear couldn’t be delivered before 2020.

Now the Telegraph reports today, in the final paragraph of a story buried in its business pages, that “analysts from Citigroup warned that lack of investment means it is unlikely that the UK’s 10 nuclear power stations will be built unless there is extra government support.”

Left Foot Forward has been examining the analysis by Citigroup. Here are some quotes from their report which casts doubt on the conventional wisdom on nuclear:

• “We see little if any prospect that new nuclear stations will be built in the UK by the private sector unless developers can lay off substantial elements of the three major risks.”

• “Cost overruns and time slippages of even a fraction seen by TVO [in Finland] would be more than enough to destroy the equity value (and more) of a developer’s investment unless these costs can be passed through somehow. Given the scale of these costs, a construction programme that goes badly wrong could seriously damage the finances of even the largest utility companies.”

• “The estimated cost of constructing a nuclear power plant has increased at a rate of 15% per year heading into the current economic downturn.”

• “We calculate that a new nuclear station will require €65/MWh (£58.5/MWh) in real terms year in/year out to hit its breakeven hurdle rate. As we show…the UK has only seen prices at that level on a sustained basis for 20 months of the last 115 months.”

• “A six-month breakdown can cost £100 millions in direct costs and lost output … This risk is too great for a single project to bear, in our view.”

• “In our view, it is extremely unlikely that private sector developers will be willing or able to take on the Construction, Power Price, and Operational risks of new nuclear stations. The returns would need to be underpinned by the government and the risks shared with the taxpayer / consumer.”The crux of the argument from Citigroup is this line: “Government policy remains that the private sector takes full exposure to the three main risks … Nowhere in the world have nuclear power stations been built on this basis.”

Indeed. No nuclear plant has ever been built anywhere without subsidy.

But Ed Miliband has told Parliament:

So where does this leave the nuclear programme?

In other energy news, the Climate Change Secretary yesterday announced the latest instalment of the money put aside for renewables in this year’s budget – “£1.4bn of onshore wind projects to move to construction over the next 3 years.”

10 Responses to “Fresh doubts over the wisdom of nuclear power”