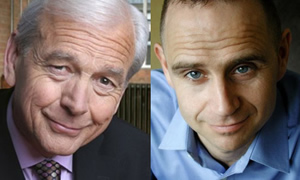 Anyone listening to the Today programme this morning, as discussion began of the Conservatives’ plan to raise the retirement age, could be in no doubt as to how much the media consensus has firmed up behind a virility contest among politicians over who will cut ‘hardest’.

The BBC’s news-media team were clearly delighted to be able to start talking not just about where the ‘inevitable’ cuts had to fall, but about what things that people like (such as pensions, as opposed to bureaucracy or waste) politicians would now promise to cut, as reported earlier on Left Foot Forward.

Kevin Maguire of the Daily Mirror has described this as “macho politics”; and who can afford not to look macho? The agenda has been set: there must be massive public service cuts, and some at least of those cuts will cause real pain.

But, outside of the consensus that the mainstream news media are now operating within, a very different view still has strong currency. One can still find some of the most intelligent voices of this country’s commentariat and think-tanks suggesting that investment needs to continue to trump cuts, for the sake of economic stability. A powerful such voice is Will Hutton. Another is the Green New Deal group.

These voices are now barely being heard at all in the news; only in comment and opinion. News reporters are viewing them now as peripheral, non-‘mainstream’. And yet their ‘green Keynesianism’ remains, in the view of many observers, the most likely way that Britain and the world can escape another recession or even Depression.

What is disturbing about the acquiescence of the nation’s main news media, symbolised by the BBC this morning, to the ‘cuts-competition’ narrative, is that, if it persists for the next several months, it will heavily bias the General Election in favour of the Conservative Party. If the issue is who can cut hardest, the country will inevitably vote for the traditional Party of cuts. Only if the issue is cuts vs. investment do left and green voices have any chance of prevailing.

5 Responses to “Who can cut the hardest? The narrative firms up”