Right-wing think tanks have revealed the true Tory public services agenda with a coordinated set of policy recommendations to encourage the break up of the NHS into competing social insurers and to allow private companies to profit from state education. 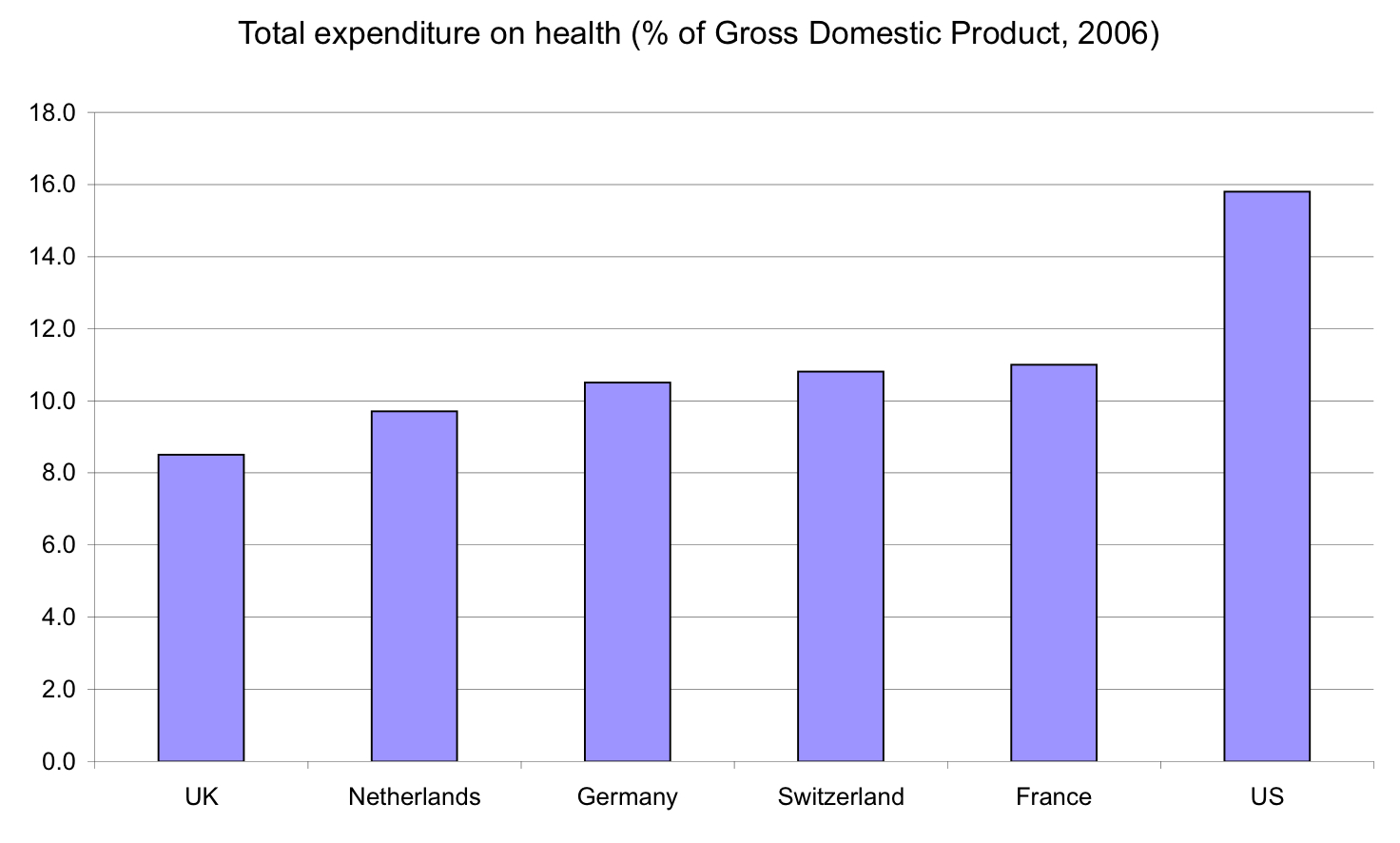 Right-wing think tanks have revealed the true Tory public services agenda with a coordinated set of policy recommendations to encourage the break up of the NHS into competing social insurers and to allow private companies to profit from state education.

Writing in the latest edition of Policy Review magazine, James Gubb (Director of the Health Department at Civitas) writes that:

“Real reform should [look] at breaking primary care trusts up into groups of competing social insurers, as already exists to great effect in many European states such as France, Germany, the Netherlands and Switzerland.”

But a report by the ippr found that, “Evidence suggests that attempts to shift costs from the public to the private sector have largely proved unsuccessful (often simply adding to total health expenditure, and in some cases contributing to increasing public expenditure). There is evidence that private insurers have higher administrative costs (per person insured and as a fraction of total cost) than public health coverage programmes, and less bargaining power over suppliers.”

Indeed, OECD comparative data shows that total expenditure on health is already lower in the UK than in any of the social insurance countries listed (or private healthcare system operated in the US).

In the same magazine, Head of Education at Policy Exchange, Anna Fazackerley, says:

“A knottier issue, which the Conservatives are choosing to ignore for now, is that of profit … Worryingly, there are currently only five federations with five or more academies open or planned, and some of these are already close to capacity. And a significant number of potential multi-academy sponsors say they have been put off by the inability to make a profit. This is critical. The Tories can ignore this issue for now, but at some point they will need to bite the bullet and explain to the public why profit will drive standards up and not down.”

But the current arrangements appear to be working. Andrew Adonis, speaking last year as schools minister, revealed that, “There are now 40 sponsors of multiple academies either open or in the pipeline, including five – ARK, Harris, Oasis, ULT and British Edutrust – with plans for more than 10 each.”

The Swedish experience, favoured by Fazackerley, has resulted in fewer qualified teachers working in profit-making “free schools.” John Bangs wrote recently in the Times Education Supplement that, “on average 84 per cent of municipal school staff are qualified teachers, while this is the case for only 60 per cent of staff in independent schools. Reducing professional development and delaying improvements to facilities also contribute to these companies’ profits.”

Michael Gove, Conservative Education Spokesman, told The Times at the weekend that, “There are over 4,500 charter schools in America of which fewer than 10% are for-profit, so it is empirically false to suggest that this idea can only work in a for-profit system. I’m meeting people every week who want to start new schools and I am not finding that profits are an issue.”