Guido Fawkes claims the Polish governing party says it will veto Miliband EU foreign minister role. But the decision will be taken QMV with no veto for Poland. 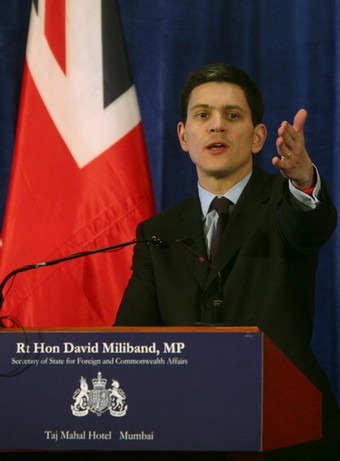 Meanwhile Iain Dale claims that the “Miliband Campaign is Already Over” after the Chairman of the Polish Law and Justice Party, Jaroslaw Kaczynski, said:

“We respect David Miliband as Foreign Secretary of the United Kingdom. But before we could consider him for the role of EU High Representative, we must politely ask him to apologise for the remarks he has made about our party and our leading MEP Michal Kaminski.”

“In theory decisions on both jobs taken will be taken by qualified majority; in practice there will be a lot of effort to reach a consensus and the big countries would be able to veto someone they do not like. So the UK would block  Jean-Claude Juncker, the Luxembourg prime minister, if his campaign for the presidency looked like succeeding.

“As for the reports that Poland would block David Miliband from becoming High Representative, it is not clear whether Poland really counts as a ‘big country’, ie one that can veto. Would Poland really try to block him? That would depend on the balance of power between the president, who is doubtless furious with Miliband’s comments about his Law and Justice Party, and the PM, whose own party is a bitter opponent of Law and Justice.

“I know that the French government and several others are big fans of Miliband. He is a popular figure in the Council of Ministers and is speech to the IISS on Monday was very well received in other capitals. If enough governments want Miliband I am not sure Poland would stand in the way (he is, after all, Polish!).

NB: This quote is an expanded version of the briefer comments that appeared here earlier.