The Government's advisor on drugs has criticised politicians for "distorting" his research. He says alcohol and tobacco are more harmful than many illegal drugs 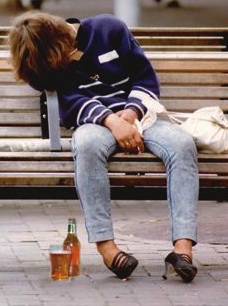 Professor David Nutt, the chair of the government’s Advisory Council on the Misuse of Drugs has reportedly criticised politicians for “distorting” and “devaluing” the research evidence in the debate over illicit drugs. He has also highlighted how alcohol and tobacco are actually more harmful than many currently illegal drugs including cannabis and ecstacy.

A ranking methodology is used to determine which drugs are most harmful and he wants this to be taken into account more when policy is being decided. Professor Nutt states:

“Alcohol ranks as the fifth most harmful drug after heroin, cocaine, barbiturates and methadone. Tobacco is ranked ninth. Cannabis, LSD and ecstasy, while harmful, are ranked lower at 11, 14 and 18 respectively”

Professor Nutt got into trouble back in February as I blogged about at the time with then Home Secretary Jacqui Smith when he stated that taking ecstacy is no more dangerous than riding a horse. She demanded that he apologise despite what he said having been statistically correct and backed up by evidence.

The Sun today has chosen to reference the ecstacy and horses comment from months ago in its headline today and includes the following:

Professor Nutt, chairman of the Advisory Council on the Misuse of Drugs, said smoking cannabis created only a “small risk” of psychotic illness.

Professor Nutt also claimed experts who want to downgrade ecstasy from class A to B had “won the intellectual argument”.

He made his claims in a lecture and briefing paper for Crime and Justice Studies at King’s College, London.

He said: “No one is suggesting that drugs are not harmful. The critical question is scale.” He attacked the “artificial” separation of alcohol and tobacco from illegal drugs.

The Sun then go on to quote a Conservative spokesperson and the Home Office:

Shadow Home Office Minister James Brokenshire said: “Rather than adding clarity to the debate on drug classification, his comments will add confusion.”

A Home Office spokesman said: “Professor Nutt’s views are his own.”

The problem is that this is one of the policies where the government and the opposition historically agree. They both want to be seen as “tough on drugs” and therefore appear to be rejecting Professor Nutt’s evidence based approach. The fact that they have neglected to approach any other politicians or bodies who may agree with Professor Nutt gives the impression that he is a lone and extreme voice on this issue when the truth is there are lots of people including Paul Flynn, Lord Bingham and Peter Lilley who agree with his approach.

It can only be hoped that Jacqui Smith’s replacement as Home Secretary Alan Johnson has a more measured approach to Professor Nutt’s latest comments and that he takes them on board. After all, what is the point of an advisory council if the government doesn’t listen to its advice?

8 Responses to “Johnson should listen to advice on drugs”