The Institute for Economic Affairs have appointed Mark Littlewood as their new Director General - a man with a history of climate change denial. 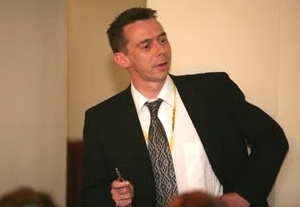 Mark Littlewood has been appointed as the new Director General of the Institute of Economic Affairs, which has been described by Andrew Marr as “undoubtedly the most influential think tank in modern British history”.

Littlewood previously established Progressive Vision, a ‘think tank’ which runs the ‘Green Monitor’ campaign, proclaiming to “track and analyse” environment groups like Greenpeace and Friends of the Earth. Or from another point of view, pushing extreme anti-environmental propaganda and denying climate change.

“The lights are off across Africa, and they shall not come on in our lifetime – if the environmentalists have anything to do with it!”

Just last week Littlewood was interviewed by the BBC (The Record Europe, 15/10/2009) who presented him as the ‘communications director’ for Green Monitor and described his group as “a campaign questioning the science behind climate change warnings.”

In 1999, Mark was Communications Director for the Pro-Euro Conservative Party, a breakaway from the Conservative Party. Littlewood will probably be at home at the IEA on this subject since it has a history of disputing climate scientists.

But it remains to be seen whether the ‘think tank’ will be as influential under his leadership over David Cameron’s Conservatives as it proved to be over Margaret Thatcher’s. We can only hope not, but according to Guido Fawkes, the IEA is, “enjoying a burst of increased funding and activity as the expectation that their ideas will be sympathetically received in government increases.”