Universities are protesting recent changes to the visa application system after processing delays prevented many foreign students from starting their studies. 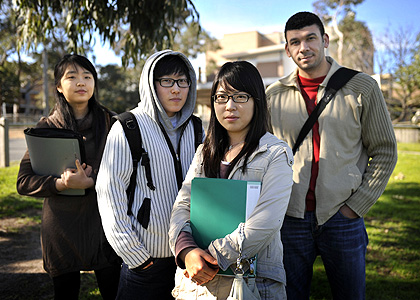 “It is of huge academic, cultural and financial benefit to the UK for these highly-talented people to come to our country to be educated. We are in danger of sending out a message that the UK does not welcome international students”

This is particularly concerning as foreign students contribute £4 billion annually to UK higher education, 8 per cent of British universities total income. According to Dominic Scott, chief executive of the UK Council for International Affairs, “at a time of huge financial pressure, it is the international student income that is enabling universities to invest, expand and survive.”

This echoes recent academic concerns over the detrimental effect of rises in visa prices on foreign student applications and on the number of foreign academics. These complaints come on the heels of criticisms over the Home Office’s handling of visa clearance cases in the past year – including Abbas Kiarostami, the Iranian artist commissioned by the English National Opera, who withdrew his applications after finding the process “unduly complicated and time consuming,” and the refusal to allow in Australian rugby league stars due to fears of “bad behaviour.”

This latest trouble further challenges the official justification of these changes as necessary for “streamlining” and security reasons. Instead, it reinforces the perceived anti-immigrant basis for these measures, reflected for instance in the new requirement that academics report directly to the Home Office about the attendance and progress of international students, a policy boycotted by a number of lecturers when it was initiated last April as “practices which discriminate against students and staff.”

Importantly, these changes reinforce the official broad based view of foreigners as “abusers” of the system and threats to “British” prosperity. Two months ago, Home Secretary Alan Johnson proposed measures to eliminate the indefinite leave to remain for foreign spouses declaring,

“we hope that once we make it clear that getting into Britain does not mean they can milk the benefits system without lifting a finger, it will deter such people from coming.”

He has since made similar warnings to foreign students. Referring to the need for international students to obtain an national ID card as part of the VISA changes he proclaimed:

“By speeding up the roll out of the cards more people will benefit from a secure and simple way to prove they are entitled to live, work or study here and it will prevent those here illegally from benefiting from the privileges of Britain.”