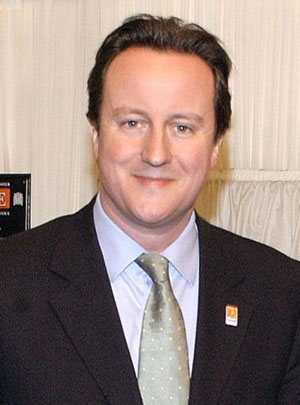 Please find below passages from David Cameron’s speech and our commentary. We will be updating this throughout the afternoon so please check back later.

“There will have to be cutbacks in public spending”

But what about tax rises? The public are split between spending cuts and tax rises.

“So yes, there is a steep climb ahead. But I tell you this. The view from the summit will be worth it.”

This was taken from Obama‘s speech on winning the US election. Obama said, “Our climb will be steep.”

“So our method should be clear……send more soldiers to train more Afghans to deliver the security we need. Then we can bring our troops home.”

But earlier today Liam Fox acknowledged that “successful counterinsurgency must begin with better protection for the population of Afghanistan.” That is what the Obama / McCrystal approach is based on. Training the Afghan army is a secondary priority that will only serve to protect the population properly in the long term. So what is the purpose of the proposed Cameron troop surge: Afghan troop training or civilian protection oriented counter insurgancy? The former can be done with fewer troops and less risk over a longer period of time. The latter requires more troops and more risk over a shorter period of time.

“That those brave men and women we send into danger have every piece of equipment they need to do the job we ask of them. I will make sure that happens.”

How can they afford it when Liam Fox just recommitted to Trident?

“I’m proud to announce today that someone who has fought for our country and served for forty years in our armed forces will not only advise our defence team but will join our benches in the House of Lords and if we win the election could serve in a future Conservative Government: General Sir Richard Dannatt.”

General Lord Guthrie, the former Chief of the Defence Staff, said: “If he’s going to the House of Lords, it’s best to be a crossbencher. I will give advice to anyone, Labour or Conservative, but I wouldn’t want to be associated with any one political party.”

“Look what we’ve done together… the party of the NHS”

What about Dan Hannan who criticised the NHS over the summer?

“we’ve won the argument on the economy and debt as George Osborne showed in that magnificent speech on Tuesday.”

Not according to Danny Blanchflower, Richard Lambert, or Lord Skidelsky

“I’m not a complicated sort of person”

This sounds like an uncosted spending commitment. Cameron’s background costs £28,851 per year in Eton fees alone.

“Do you know the worst thing about their big government? It’s not the cost, though that’s bad enough. It is the steady erosion of responsibility.”

It was, of course, big government in bailing out the banks that paid for the “erosion of responsibility” in the City.

“Why is our society broken? Because government got too big, did too much and undermined responsibility.”

But society’s problems go back way before the Labour Government

“It ends with them making you register with the government to help out your child’s football team.”

This is a misunderstanding of Ed Ball’s plans. Chris Grayling made the same mistake recently.

“Our national debt has doubled in the last five years. ”

The Conservatives were first against quantitative easing but then supported it

“We must pay down this deficit. The longer we leave it, the worse it will be for all of us … The longer we wait, the higher the chance we return to recession.”

This is a misunderstanding of Keynesian economics. Danny Blanchflower wrote recently, ““If spending cuts are made too early and the monetary and fiscal stimuli are withdrawn, unemployment could easily reach four million.”

“And it means showing that the rich will pay their share which is why for now the 50p tax rate will have to stay and Child Trust Funds for those on middle and higher incomes will have to go.”

What about inheritance tax?

“Because of the difficult choice we’ve made on the pension age we’ll be able not just to deal with our debt but to raise the basic state pension in line with earnings. Not just for one year, but for every year.”

Left Foot Forward has shown this has a disproportionate impact in some cities.

“That’s why we will give back to the Bank of England its power to regulate the City powers that should never have been taken away.”

Sir Andrew Large, former Deputy Governor for Financial Stability of the Bank, writes a few months back, “To my mind the architecture of which institution does what is secondary, yet the Conservatives appear to have fallen into the trap of thinking that altering the architecture will deliver a better outcome. The fact is there is no perfect supervisory architecture.…So I am not convinced that to split the FSA and put supervision squarely into the Bank is wise or necessary, or that it will deliver a better result than the improvements under way. Changing architecture involves real risks and the burdens of migrating roles. Besides this, the consumer improvements suggested by the Conservatives do not require splitting the FSA in two. Finally, is this the right time to experiment – for the second time in 12 years – with the architecture?”

“Big government has all too often helped cause them by undermining the personal and social responsibility that should be the lifeblood of a strong society.”

What evidence was provided for this?

“To the young mum working part time, trying to earn something extra for her family “from every extra pound you earn we’ll take back 96 pence.”

“Who made the poorest poorer? … Who made inequality greater? No, not the wicked Tories… you, Labour: you’re the ones that did this to our society.”

This is not true. According to the Institute for Fiscal Studies (i) “between 1998–99 and 2004–05, Labour oversaw the longest decline in poverty since the start of our consistent time series in 1961. However, this decline in poverty came to an end in 2004–05, and poverty has now risen for two consecutive years.” and (ii) “Taking the period 1996–97 to 2006–07 as a whole, incomes have grown relatively evenly across the bulk of the income distribution (in contrast to the period of Conservative government that preceded it, when income growth was unambiguously higher further up the distribution).”

“We trust our teachers less and less. We’ve got to stop treating children like adults and adults like children.”

Why then did Michael Gove announced yesterday more edicts for teachers

“that doesn’t mean the NHS shouldn’t change. It has to change because for many people, the service isn’t good enough. Mostly, that’s not the fault of those who work in the NHS. The fault lies with big government. With their endless targets and reorganisations, Labour have tried to run the NHS like a machine … this party is the party of the NHS now, today, tomorrow, always.”

We have an article up later today on Left Foot Forward about why Lansley’s plans are no panacea.

Only pledging to have vouchers on school budget, not capital spend

“Big government has totally failed in state education and with Michael Gove we will get the radical change we need.”

Labour introduced academy programme that the Tories are seeking to expand.

“And yes, we need global co-operation. But that shouldn’t be difficult. It just takes leadership, and that’s what we need at the Copenhagen summit this December.”

But Green MEPs have rounded on Cameron for his new alliance in the European Parliament. This was also one of only two mentions of climate change. “Vote Blue, Go Green”?

“We are just starting the job of building the new politics we need.”

Why then does Cameron oppose proportional representation?

“But let’s return to democratic and accountable politics the powers the EU shouldn’t have. And if we win the election, we will have as the strongest voice for our country’s interests, the man who is leading our campaign for a referendum, the man who will be our new British Foreign Secretary: William Hague.”

Is that a pledge for withdrawing from some aspects of the EU? David Mathieson sets out some of the risks.