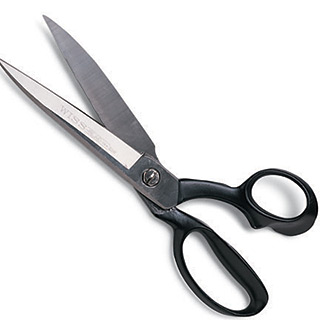 Widely publicised proposals by the Institute of Directors and TaxPayers’ Alliance to “save £50 billion a year of public spending” came under attack today from a range of sources. The findings undermine comments by Miles Templeman, Director General of the Institute of Director’s that, “our list shows that large sums can be saved without hurting vital services.”

A 2-year pay freeze across the public sector to save £12.4 billion.

The Institute for Fiscal Studies record that, “Other things being equal, holding public sector pay below the levels available in the private sector is likely to lead to recruitment and retention difficulties and/or reductions in the quality of staff willing to work in the public sector.”

Indeed, the cut would impact the quarter of public sector levels working in poverty wages: 1.47 million public sector workers earn under £7 an hour.

Reduce by 10 per cent the non-frontline staff in health and schools and the size of the civil service to save £2.154 billion

These figures fail to take into account any of the efficiency savings already announced by the Government. In the IoD/TPA report there is no mention of the Treasury’s Operational Efficiency Programme which has delivered more than £26.5 billion in savings, and plans to deliver a further £35 billion by achieving greater efficiency in a number of cross-cutting areas. As there is no mention of this it is unclear whether the IoD/TPA are proposing a further 10 per cent on top.

Cut 10 percent from the budgets of non-ministerial departments to save £1.7 billion

The Crown Prosecution Service and the Serious Fraud Office are both non-ministerial departments. This would, therefore, result in the largest ever cut backs for these departments and could mean 10 per cent fewer serious crimes ever coming to justice.

Abolishing Sure Start to save £1.5 billion.

The IoD/TPA report claims that, “Sure Start schemes have not appeared to be helping disadvantaged children
do better in school and society.” But the March 2008 National Evaluation Report of Sure Start carried out by Birckbeck, Univerity of London found that:

“After taking into consideration pre-existing family and area characteristics, comparisons of children and families living in SSLP [Sure Start Local Programme] areas with those living in similar areas not receiving SSLPs revealed a variety of beneficial effects for children and families living in SSLP areas, when children were 3 years old. There were positive effects associated with SSLPs with respect to 7 of the 14 outcomes assessed.”

Abolishing all Sure Start budgets would also remove local authorities’ ability to provide any form of pre-school education, required under the 2004 Children Act.

Abolishing the Educational Maintenance Allowances to save £0.53 billion

An independent assessment by the Institute for Fiscal Studies found that:

“Males and females in relatively disadvantages areas did experience higher participation and attainment, and that these improvements are nontrivial relative to their base levels.”

This is actually corroborated by the IoD/TPA report which concedes that, “there has been an increase in the percentage of 16-18 year olds in education or training since the EMA was launched, from 75.7 per cent in 2004 to 79.7 per cent in 2008.”