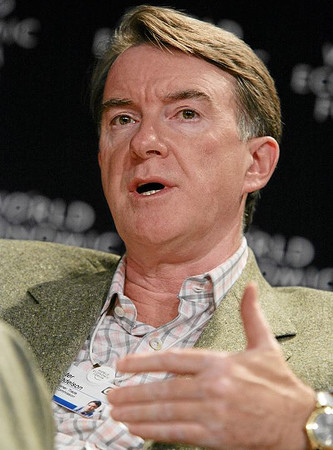 The papers are full of praise for what The Independent calls Peter Mandelson’s “impassioned speech.” Mandelson said “If I can come back, we can come back” and insisted “we are the true progressives.” The Times remarks that his description of David Cameron as ‘flibbertigibbet,’ adds “class to art of political insult.” Mandelson used the speech to announce that the car scrappage scheme would cover an extra 100,000 vehicles and will carry on into the new year.

Gordon Brown is expected to make a speech focusing on crime and antisocial disorder. The Times call it a “crackdown on louts” while the Independent say it’s a “final attempt to reconnect with Middle England by announcing a string of ‘tough love‘ measures.” The Guardian write that its an attempt “to reconnect with middle Britain.” Announcements are expected to include parenting contracts for parents of antisocial children, and compulsory attendance at family intervention projects for Britain’s most chaotic 50,000 families. On a similar theme, the Telegraph report that Jack Straw will announce a National Victims Service to give those preyed on by crime similar one-to-one attention as offenders receive through the probation service.

Pressure was building last night on Andrew Marr for his question to Gordon Brown about “prescription painkillers and pills.” Channel 4 News reports that John Ward, the man whose blog first carried allegations that Brown was taking anti-depressants, has said he “has no proof to support the story.” The BBC has received more than 100 complaints while Marr has “got it in the neck” from delegates at Labour conference. Liberal Conspiracy says the questioning “legitimises right-wing smears.”

Liam Fox has announced that a Conservative government would increase British troop numbers in Afghanistan by up to 2,500. He told the International Institute for Strategic Studies in London it was essential that more resources for Afghanistan were needed. No paper reports how the policy is consistent with rapidly bringing down Britain’s debt.