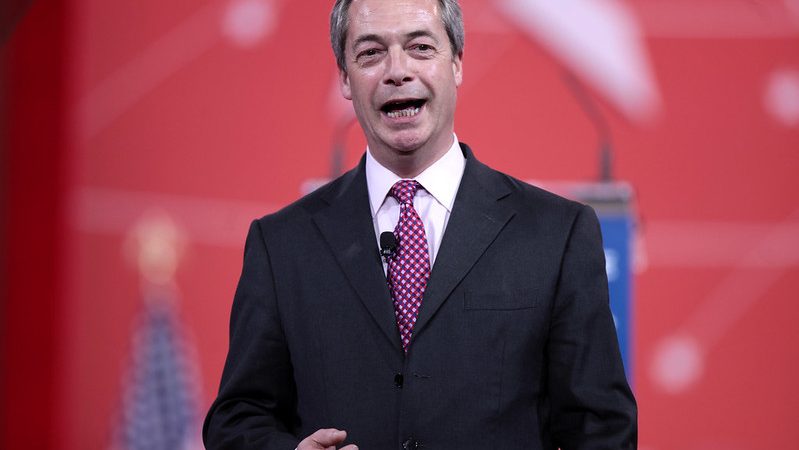 Nigel Farage has caused another storm on Twitter, saying that ‘unlike the English, who say very little, the Irish are speaking out – and protesting on the streets – about the huge number of young, male ‘asylum seekers.’

One was because of the former UKIP and Brexit Party leader’s historical ignorance towards Ireland.

“Nigel “Up the ra!” Farage thinks he knows about Ireland??” wrote one Twitter user.

The comment was in reference to Farage’s gaffe in 2021 when he said he was hoaxed into ending a paid-for birthday greeting with the saying ‘”up the ra.” When asked by the Belfast Telegraph if Farage knew the implication of the expression “up the ra”, a press officer for the GB News presenter said:

“I imagine he probably didn’t, otherwise he wouldn’t have said something like that, would he?”

The video was posted on social media and attracted a mountain of disbelief that Farage had actually uttered the slogan. One user said: “The IRA would probably say ‘Up Farage!’, because he’s done more harm to the UK than they managed.”

Others pointed to the irony of Farage moaning about today’s migrant crisis when he had made controlling the UK’s borders a leading Brexit pledge.

Retweeting the prominent Eurosceptic’s tweet from 2016 that read “for the sake of our national security, we must control our own borders. We can only do that by leaving the European Union,” another bemused Twitter user posted:

“Only those with no self respect blame their inadequacies on foreigners. But didn’t you say Brexit would end that problem. Were you lying?”

Another Twitter user referred to the absurdness of Farage’s ‘Irish are speaking out about’ asylum seekers comment, as immigration was key to the Brexit vote.

“Are you on something? This is one of the core narratives you won Brexit on. A core narrative that led to one of the biggest political decisions of the UK in recent history. The majority of people of the UK voted for it, based on narratives likes this (whether true or not),” they tweeted, above an image of Farage stood in front of the infamous ‘Breaking Point’ migration poster.

The ridicule comes as the Irish prime minister Leo Varadkar, and Tánaiste Micheál Martin condemned protests outside a number of places providing accommodation for asylum seekers in Dublin.

Martin said that while people have the right to protest, “protests outside where people are living is crossing the line.”

“That’s not in conformity with the Irish way of doing things and our basic set of values and decency,” he added.