80% of Labour Party voters say that the government has not done enough to prevent strikes, as do 57% of Conservative Party voters 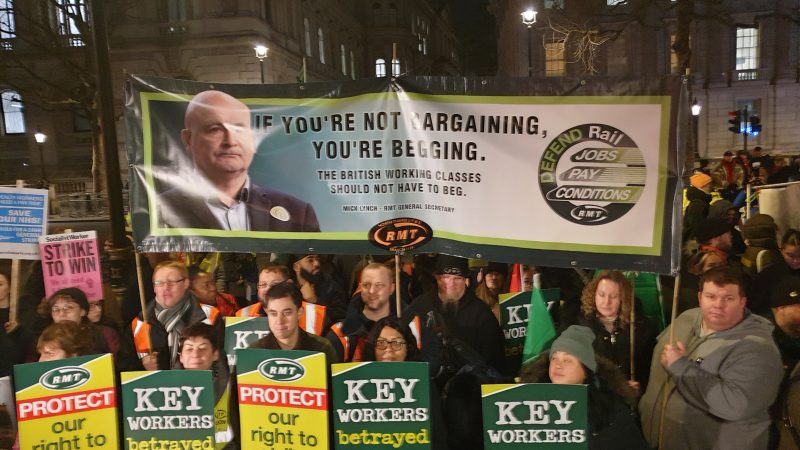 A majority of voters say that the government has not done enough to prevent the current strike action taking place, as hard-pressed workers battle against pay cuts and poor working conditions.

While 64% of 18 to 24 year olds believe that the government has not done enough to prevent strikes from happening, the figure rises to 69% among 55 to 64 year olds.

When it comes to party affiliation, 80% of Labour Party voters say that the government has not done enough to prevent strikes, as do 57% of Conservative Party voters, 80% of Liberal Democrat voters and 77% of Green Party voters.

Recent weeks and months have seen NHS workers, civil servants, border staff and nurses take strike action, with unions coordinating for the biggest strike day yet for February 1. On that date, the TUC is scheduling a national protest against the government’s proposed anti-strike laws, with teachers, university staff, civil servants and train drivers all taking strike action too.

Rather than getting around the negotiating table to discuss pay and conditions with trade unions, the Tories think the best way to tackle the cost of living crisis is by attacking workers and unions, seeking to ban the right to strike.

The Minimum Services Bill, dubbed the “sack key workers bill” – would mean that when workers democratically and lawfully vote to strike in health, education, fire, transport, border security and nuclear decommissioning, they can be forced to work and sacked if they don’t comply.

The question asked was the following:

Which of the following is closest to your view?

The government has done enough to prevent strikes taking place

The government has not done enough to prevent strikes taking place