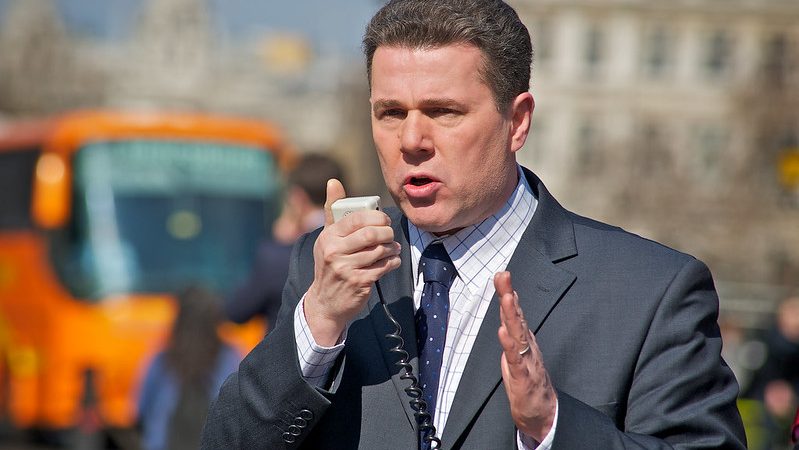 Speaking to reporters this week, the general secretary of the Public and Commercial Services (PCS) union, says anger over industrial action should not be directed at employees.

“This is a crisis. We have tried for months to negotiate with the government, and we have been ignored.

“We keep being told the government has an open door, but there is no point the door being open if there is nothing behind that door.”

In what is believed to be a reference to Liz Truss and Kwasi Kwarteng’s disastrous mini-budget, the union boss added that “your anger should be directed at Rishi Sunak, Jeremy Hunt, and the Tory government who crashed our economy, making all those worse off on an ideological binge.”

The comments were made as it was announced that Border Force staff at airports are to strike over Christmas in a dispute about pay and conditions.

The industrial action was confirmed by PCS union. It will affect the country’s busiest airports, including Gatwick, Heathrow and Manchester. The affected period will be from December 23 until Boxing Day, and then from December 28 until New Year’s Eve. Passport checks at Heathrow, Gatwick, Manchester, Glasgow and Birmingham airports will be among the services disrupted.

The action is part of the union’s national campaign for a 10 percent pay rise, pensions justice, job security and no cuts to redundancy terms.

100,000 PCS members in 214 government departments and other public bodies voted in favour of strike action in support the pay and conditions terms. Following a refusal to increase a 2 percent pay offer by ministers, Serwotka urged the government to come forward with a new deal.

“The government can stop these strikes tomorrow if it puts money on the table. Like so many workers, our members are struggling with the cost of living crisis. They are desperate. They are being told there is no money for them, while they watch ministers giving out government contracts worth billions of pounds to their mates.

“Some sections of the media have accused us of playing politics with these strikes. Let me be clear: our dispute is with the employer. We will fight to improve our members’ pay, terms and conditions regardless of who is in Downing Street,” Mark Serwotka continued.

Members of the PCS union are also expected to strike at Newhaven port in East Sussex and at the Highways Agency.

The announcement came as Tories threaten to push ahead with anti-strike laws if the strikes over Christmas go ahead. Criticising “unreasonable” unions, Rishi Sunak has promised “new tough laws” to curb the impact of industrial action.”

“If the Christmas Eve strike goes ahead, we need to crack on with the anti-strike laws early in the new year,” one minister told the FT.

In response to the threats, the TUC accused the government of “attempting cheap political pot shots” over further threats to the right to strike.