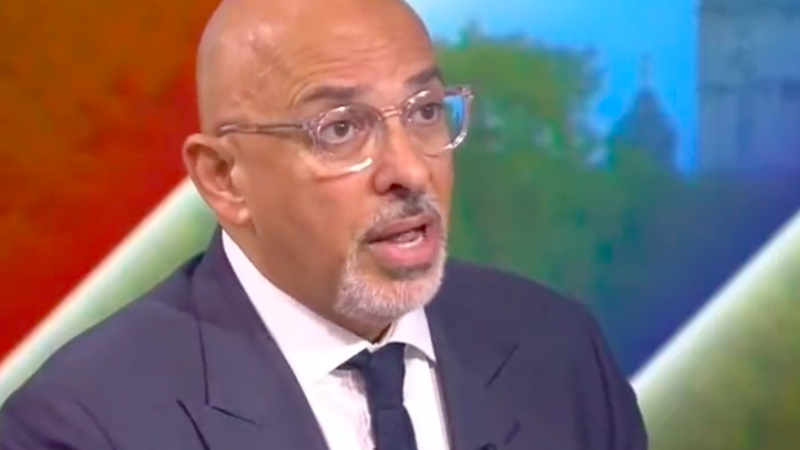 Tory chair Nadhim Zahawi has been slammed for his ludicrous claim that nurses who are deciding to strike over poor pay and conditions in the NHS were playing into the hands of Vladimir Putin.

Zahawi told broadcasters over the weekend that nurses should call off their strikes and abandon their pay demands because it risked playing into the hands of the Russian president, who he said wanted to fuel inflation in the west.

He told Sky News: “We have to come together, this is not a time to be divided to, to I hope send a very clear message to Mr Putin that he can’t use energy as a weapon in this way and we will remain united which is why we’ve accepted the pay review bodies of the NHS and on schools.”

Zahawi’s comments drew immediate condemnation, including from the Royal College of Nurses (RCN). Pat Cullen, the RCN’s general secretary, condemned the remarks as a “new low” for the government to “use Russia’s war in Ukraine as a justification for a real-terms pay cut for nurses in the UK”.

She said: “The public does not believe this kind of rhetoric and wants ministers to address our dispute. Nursing staff cannot afford their food and other bills and still fear the worst on energy this winter … 10 days until our strike action is due to begin, I reiterate my commitment to meeting with ministers to address our dispute. Instead of negotiating with nurses, they are choosing strike action.”

Shelagh Fogarty, of LBC, tweeted: “Nadim Zahawi proved under `Boris Johnson he’ll say anything no matter how ludicrous. Now exercising your trade union rights is helping Putin. What should nurses do instead? Continue with unsafe staff to patient ratios? Work till they drop?”

“And if the Tories wants nurses not to strike they should pay them properly rather than diverting public money to Tory donors.”

The RCN has planned two possible strike days, on 15 and 20 December, if the government refuses to revisit its 3% pay rise at a time when inflation is running at 11%.