Following her own Rwanda deportation ‘dream’, activists are calling on the home secretary for a more compassionate approach to immigration. 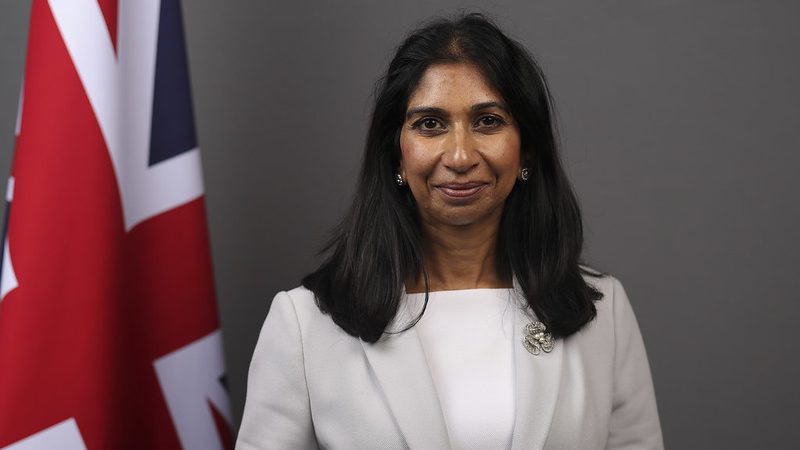 A group of asylum seekers have joined forces with ice-cream giant Ben & Jerry’s to send a poignant message to the home secretary.

It comes in the form of an advent calendar. Rather than a chocolate being behind each door, the calendar comprises of messages of ‘hopes and dreams’ and is aimed at inspiring Suella Braverman to abolish the Rwanda policy and adapt a “more compassionate approach.”

The message behind the first door of the calendar is the dream of a migrant called Lydia and reads: “My dream is for all refugee children fleeing persecution and danger to find comfort and warmth when they arrive.”

The message behind door number 21 is from Natasha, who says: “I dream of an immigration system that is designed to treat me as an individual, one that examines my claim fairly, instead of one that leaves me in limbo for years.”

“We are human beings, just like you, with hopes and dreams. We need safety for ourselves and for our families,” is a message on the organisation’s website.

Mishka, a spokesperson for One Strong Voice, said the advent calendar campaign is intended to “call attention to the ongoing stark realities that people seeking asylum are facing.”

Cat Baron, activism manager at Ben & Jerry’s said: “Sometimes, it’s easier to talk about difficult issues in a digestible way, and this advent calendar intends to do just that.”

The calendar was also sent to Robert Jenrick, minister for immigration.

Suella Braverman was widely condemned for saying she would “love to have a front page on The Telegraph with a plane taking off to Rwanda, that’s my dream, it’s my obsession” during the Tory Party Conference in October.

After being in the job for just 43 days before resigning, Braverman became the shortest-serving UK home secretary in almost 200 years. But just a week later, the new prime minister Rishi Sunak restored her to the position. The move was controversially received, with the opposition, human rights campaigners, and even some in her own party, voicing their indignation.

In early November the right-wing home secretary was widely criticised for saying England faces an ‘invasion of migrants on the south coast.” She also denied ignoring legal advice about procuring more accommodation following warnings that a migrant holding facility in Kent was dangerously overcrowded.

Yvette Cooper, shadow home secretary, accused Braverman of ‘ramping up her rhetoric’ because she had no answers to the problems.

“No home secretary serious about public safety or national security would use the language Suella Braverman did the day after a petrol bomb attack on a Dover centre,” Cooper said. “But that’s the point. She isn’t serious about any of those things.”

Similar disdain was shared by Labour MP Zarah Sultana who tweeted: “Language like this — portraying migrants as ‘invaders’ — whips up hate and spreads division.