‘It's a scandal that in one of the world's richest countries growing numbers of children are going without basics such as food and warm clothing.’ 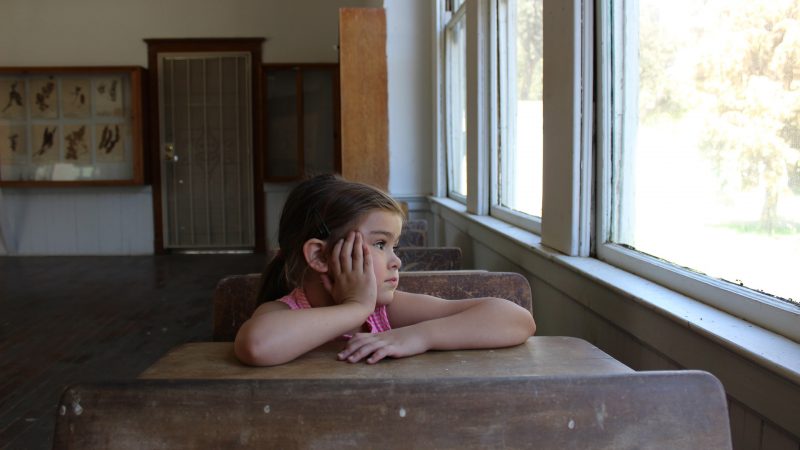 New research shows that 52 percent of teachers in England have witnessed a rise in the number of children being unable to afford to eat lunch. This is because they do not meet the strict eligibility rules for free school meals.

The study was carried out by the educational charity the Sutton Trust. In a suvery of 6,200 teachers in state schools in England, over half said the number of students not able to afford a school dinner and who are not eligible for free school meals has increased this term. In deprived areas, this increased to 59 percent and in the least deprived regions was 44 percent.

The survey unveiled more damning findings. 74 percent of the teachers who were surveyed reported that there has been increase in students being tired in class or unable to concentrate. 54 percent of teachers said they have seen a growing number of children turning up to school without appropriate winter clothes. 38 percent of teachers say an increasing number of pupils are arriving at school hungry. 17 percent say there has also been in increase in families asking to be referred to foodbanks.

Sir Peter Lampl, the Sutton Trust’s founder and chairman, described the fact that in one of the richest countries in the world, a growing number of children are going without basics like food and warm clothing as a ‘scandal.’

“The facts are stark and shaming. Without radical intervention and increased provision for those who need it most, the cost-of-living crisis will produce a decline in social mobility, gravely endangering the long-cherished project of levelling up,” said  Lampl.

Dr Mary Bousted, Joint General Secretary of the National Education Union, said: “Restrictive eligibility for free school meals has long meant that children have been going hungry and the cost-of-living crisis means that more and more families are struggling to make ends meet.

“Offering free school meals to all children in primary school would be a welcome first step in tackling the epidemic of child hunger, giving families some breathing room and supporting the education and wellbeing of our children.

“The cost of not doing so is too great,” Bousted added.

In late October, figures for the Child Poverty Action Group (CPAG) showed that around 800,000 children living in England do not qualify for free school meals.

This week has seen the government being urged to reward Marcus Rashford, who shamed the government into providing meals for children in low-income families during the holidays, for his heroics at the current World Cup by extending free school meals to hungry children.

“After all they know what it feels like to have Marcus Rashford run rings around them.

“Off the pitch, Marcus Rashford has been a tireless campaigner on child hunger – in the face of fierce Conservative opposition.

“So given that he delivered on the pitch last night, will the PM give him the best thanks possible by delivering free school meals for every child living in poverty.”

In early November, a Department for Education spokesperson had said:

“Over a third of pupils in England currently receive free school meals in education settings and we are investing up to £24 million in our national school breakfast programme, which provides free breakfasts to children in schools in disadvantaged areas.

“In addition, eight million of the most vulnerable households will get at least £1,200 of cost-of-living support this year on top of benefit from the energy price guarantee – meaning they will be eligible for support which exceeds the average rise in energy bills by hundreds of pounds.”