'For regional inequality to come to an end a Labour Government will need to go further, by for example guaranteeing greater funding to poorer regions' 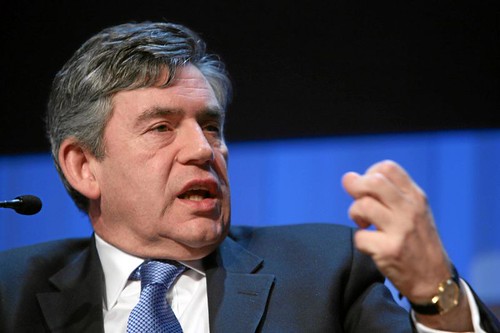 Occasionally statistics still have the capacity to shock. It is well known that the UK is more unequal and more politically centralised than other Western European nations. But the extent to which those things are true is shocking nonetheless.

Britain’s deep inequality was made clear in data released in September by the Financial Times. While high earners, they said, are comfortably well off the poorest are scraping by with living standards that the poor in much less wealthy countries would consider rough.

The problem is not an overall lack of money, it is that too much goes to those at the top while the safety net at the bottom is totally inadequate. The result is that Britain is a poor society with some very rich people living within it.

Meanwhile a Resolution Foundation and Centre for Cities report found that Britain’s subnational government is marked by an incredibly high level of fiscal centralisation. It has very limited resources and responsibility for improving local economies, a fact its authors see as a cause of our higher than normal inequality.

Incredibly, Britain has only become more fiscally centralised since 2015. England’s fragmentated local government structures, they argue, are a bottleneck not just on local but national economic performance, making it harder to deliver comprehensive reform.

It is the link between these two inherent truths about the UK that forms the foundation for Gordon Brown’s recently published constitutional review.

“Half the UK population live in areas no better off than the poorer parts of the former East Germany, poorer than parts of central and Eastern Europe,” he writes.

“Regional economic inequalities have undermined the lives of millions in places cut off from the chance of a better future – and this is reflected in far shorter lives, worse health, far lower wages for the same jobs, and far fewer educational opportunities in some parts of the country than in others.”

Brown’s aims are undoubtedly laudable. His report contains many recommendations which, if taken to their logical conclusion, would undo some of the UK’s overly centralised governance and have an impact on regional inequality.

Yet in many areas the goal is clear but the route to its achievement is not. The Centre for Cities report argued for what it saw as three essential reforms:

Brown’s review only partially meets these goals. It offers three-year block grants to local authorities, ending the yearly uncertainty faced by councils. It gives local government more powers, for example over skills, transport, planning and jobcentres to drive economic growth, including empowering nearly 300 “regional clusters of connected industries” focused on sectors such as hydrogen and digital.

But Brown does not offer specific fiscal devolution to the English regions or the governments of Scotland, Wales and Northern Ireland, only gradual “greater power over spending and taxation decisions.” Nor is there any guarantee of increased funding.

This is despite the fact that funding for UK local authorities has shrunk in recent years compared to other countries. Between 2015 and 2019, British local government spending per person only increased by 2%, or $100 (£65) in nominal terms. Meanwhile spending increased by 21% in France, 23% in Spain and 25% in Germany.

Brown also leaves Britain’s local government structures intact. Not only will local government be no less fragmented, it will be no more local despite the fact that the average population per ‘local government entity’ in Germany is 7,000 and in France 1,800. In the UK it’s 195,000.

There is no doubt that Brown’s proposals are welcome. His proposals to devolve power and look at how policy is made are critical ingredients to get right and which have held UK regional policy back for decades.

But it would perhaps not surprise Brown to be challenged with the idea that for regional inequality to come to an end a Labour Government will need to go further, by for example guaranteeing greater funding to poorer regions, devolving fiscal power as well as policy making power, and instituting a coherent system of local governance to replace the fragmented system it will inherit.

Critics too have noted that Brown’s constitutional review leaves out key questions such as the electoral system for the House of Commons, despite clear arguments against first past the post, and gives no answer to its own questions of how a new, elected, second chamber should be constituted or elected, or how its powers would align with those of the Commons.

But perhaps these questions and omissions are best understood in light of the job this review was intended to do.

First and foremost, it aims to help Labour present itself as the party with the most well developed, and most meaningful, plan to solve regional inequality. Given polling evidence which showed that the Conservatives won as many votes in 2019 on the back of ‘levelling up’ promises as they did with their pledge to get Brexit done, this is essential territory for Labour. On that basis the review gives Keir Starmer and Labour much to work with.

Second, it gives an answer to Leave voters left disappointed by the Brexit outcome but still adrift from politics.

“Brexit has not delivered the control people were promised. Britain hasn’t taken back control – Westminster and Whitehall have,” argues Brown. “Our aim must be to put power and resources in the hands of communities, towns, cities, regions and nations, to make their own decisions about what will work best for them.” The report’s proposals aim to do just that.

Only then does it aim to give a clear view of what a Labour Government would do in practice. The report intentionally leaves key element for a future government, citizens’ assembly or commission to decide. Starmer has been clear that key elements would be consulted on. Much is mooted, little committed to. Labour will have room to implement these reforms or, should it wish to, to go much further once in government.