'This is a government that does not tire of lecturing the rest of the world on democracy and human rights, and yet this is Bill creates two classes of citizens.' 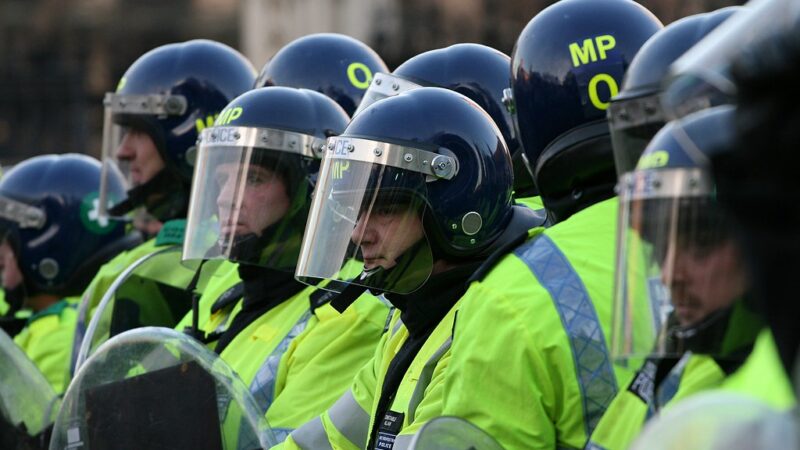 The Public Order Bill is a draconian Bill which contains a series of measures that might be the envy of any authoritarian government.  It should be opposed by anyone interested in civil liberties, trade union rights, the accountability of our institutions, or simply by any democrat.

This is a government that does not tire of lecturing the rest of the world on democracy and human rights, and yet this is Bill creates two classes of citizens. The population is divided into those who do what they are told by state bodies and those who object, however justified their objections may be.

It makes second class citizens of anyone with a criminal conviction by curbing their right to protest. It also makes second class citizens of protestors in general, who are subject to sweeping police powers in ways that would be unacceptable in other areas of life.  It also reinforces the second-class status of young Black and Asian men who are subject to discriminatory and counter-productive stop and search.

Many of the Bill’s provisions have already been rejected in the Lords’ debate on the Police, Crime, Sentencing and Courts Act.  Without any further time for consultation or any concession, the government has immediately reintroduced the rejected provisions. Ministers have no more commitment to the due legislative process than they have to upholding the law.

The detail of the Bill contains provisions for Serious Disruption Prevention Orders for people with two convictions for public order offences, or even for those who have been convicted of no offence, but who are deemed to have caused ‘serious disruption.’

This is an egregious infringement of civil liberties. This can apply even where no court or judge or magistrate has found someone guilty of any criminal offence. Yet they are treated as if they are guilty on the say-so of the police. This alone should be enough to condemn this Bill.

The provisions curbing lawful protest because of ‘disruption’ would be laughable if their consequences were not so serious. The enormous demonstration against the Iraq war, over a million strong, or the huge anti-Apartheid demos of the 1980s or marches in support of the miners were entirely peaceful. Yet they all caused disruption.

That is the right of protesters to communicate, and is how they influence. And any government that is foolish and short-sighted enough to try to curb demos because they are disruptive are creating an authoritarian regime which people will protest even more strongly.

On the issue of random stop and search, I and many others have long argued that there is a place for targeted, intelligence-led stop and search to prevent or detect a specific crime. But that is not what this Bill proposes.

The Bill gives free rein to some of the worst policing practices. We should be clear, the overwhelming majority of the stop and search operations in this country are conducted by the Metropolitan Police. Many other forces, some of whom have a comparable or better record on fighting crime, hardly ever use stop and search.

And stop and search is clearly directed at one section of one community, which is young Black men. According to the Home Office’s own data, 6 white people from every thousand are subject to stop and search, yet 54 Black people are stopped.  This rises to 157 people designated ‘Black Other’ in the Home Office categorisations.

Ministers are aware of such flagrantly discriminatory and wholly unacceptable data. Which get worse where the stipulation of ‘reasonable grounds’ is removed.

Both Her Majesty’s Inspectorate of Policing and the College of Policing have criticised the use of random stop and search and argued that it is counter-productive. This government is risking a breakdown of community relations, and it will be responsible for that if it happens.

The government also claims that many of its measures are aimed at Extinction Rebellion. But climate change is an extremely serious issue and legislation has a habit of being adapted to suit the needs of government, especially legislation as loosely drawn and as draconian as this.

Disgracefully, this government wants to build a chain, linking striking workers here to Putin. Its rhetoric is wild. It also did nothing to prevent the union-busting at P&O.

This should ring alarm bells for all trades unionists. The Bill will lead to a further erosion of fundamental rights, in this case the right to organise in the workplace and the right to strike.

The labour movement as a whole should oppose this Bill outright.