'A TUC survey suggested 79% of women do not report their experience of sexual harassment, for many reasons, including fear of repercussions, lack of awareness regarding their rights, and fear of not being taken seriously.' 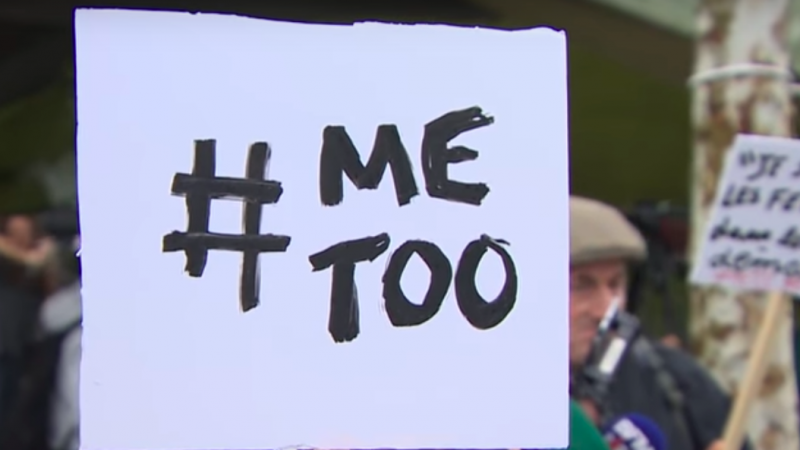 For too long, women and girls have been unsafe in the workplace. An Opinium survey suggests 20% of the UK population has experienced some form of sexual harassment in the workplace. That is more than 10 million people—a shocking number. It is therefore right and imperative that the law changes to protect people in work. In these testing times, such legislation is more important than ever.

Harassment is both morally unacceptable and bad for the economy. Evidence suggests disrespectful and abusive work practices lead to lower performance and productivity, and increased staff turnover. Even for those who are not compelled by the moral reasoning behind increased protection from workplace harassment, it is hard to ignore the economic arguments.

The 2018 Presidents Club scandal highlighted the extent to which current law does not protect people. In that instance, businessmen allegedly sexually harassed young female hostesses at a notorious men-only dinner, being instructed to wear “black, sexy shoes” and black underwear. Those women, who faced violations of their dignity, would not have had recourse to the law as it stands. Sexual harassment by third parties is a major problem in the UK. A 2017 survey suggested 18% of those who experienced workplace sexual harassment said the perpetrators were clients or customers. Some 1.5 million people have been harassed by a third party, meaning that clients or customers were allowed to harass 1.5 million workers.

Workplace sexual harassment is widespread and widely under-reported. A TUC survey suggested 79% of women do not report their experience of sexual harassment, for many reasons, including fear of repercussions, lack of awareness regarding their rights, and fear of not being taken seriously. Those concerns are heightened for people of colour, people in the LGBT+ community, and people with disabilities, who already face greater discrimination in the workplace. It is understandable why people do not come forward. For one, it is not just third parties who harass people, with 20% of surveyed women suggesting their direct manager or someone else with direct authority over them was the perpetrator. It therefore goes without saying that any reporting could have direct career implications for those involved.

Whether sexual harassment is by a third party or not, employers have not done enough to prevent and punish it. The Equality and Human Rights Commission found that in nearly half of cases reported, the employer took no action, minimised the incident or placed the responsibility on the employee to avoid the harasser. It seems that the risks of reporting sexual harassment can outweigh the merits. That is disgraceful in modern Britain. The problem is that the current laws on sexual harassment mean employers often adopt individual responses to institutional problems. That creates space for employers to minimise what is going on, and leads to confusion about how to respond appropriately. Statistics show only 45% of managers felt supported by their organisation when reports were made to them. Ultimately, the current laws leave people who have encountered traumatic experiences unsupported. We can and must do better.

The Bill would provide the shift in focus so desperately needed. Clause 2 would ensure that employers prioritise prevention by imposing a new duty on them to take “all reasonable steps” to prevent their employees from experiencing workplace sexual harassment. That will not require employers to do anything substantially more than what they currently must do to avoid legal liability for acts of harassment carried out by their employees, but it would mean that employers could potentially be further held to account if they have failed to take those actions, first by an uplift in the compensation awarded at an employment tribunal, and secondly through the EHRC’s strategic enforcement.

The new duty would operate through dual enforcement. The EHRC may take enforcement action for a breach or suspected breach of the duty under its strategic enforcement policy. This means women could inform the Equality and Human Rights Commission of any concerns, without necessarily having to take legal action against their employer. In addition, the employer’s duty will be enforceable by the employment tribunal in individual cases. Where the employment tribunal has found in favour of an individual claim of sexual harassment and has ordered compensation to be paid, the tribunal will examine whether and to what extent the duty has been breached.

Where a breach is found, tribunal judges will have the power to order an uplift of up to 25% of the compensation awarded. The Bill will also introduce explicit protections against third-party harassment in the workplace. Clause 1 would make employers liable for the harassment of their staff by third parties, such as customers and clients, where they have failed to take all responsible steps to prevent such harassment.

Individuals can bring claims to an employment tribunal in the usual way for work-related cases under the Equality Act 2010. The Equality and Human Rights Commission will have strategic enforcement powers. Compensation will be assessed in the usual way for Equality Act claims, with the same uplift outlined earlier available in cases where a breach of duty has also been established following a successful third-party sexual harassment case.

Let me finish by turning away from the technical details of the Bill, and return to the wider circumstances that make it important for us to pass this legislation. An unacceptable number of nurses, paramedics, bar staff, key workers during the pandemic, and everyone in between, are being subject to harassment that causes various harms, including psychological, physical and economic harm. Employers should be required both morally and legally to take all reasonable steps to stop sexual harassment. The fact that the law of this country does not compel them to do so is a concern.

For too long, the onus for challenging sexual harassment has been on individuals. Our current laws mean employers do not know how to respond appropriately to cases, which leaves people who have encountered traumatic experiences unsupported. Introducing a standalone preventive duty for employers will shift the responsibility from individuals to the institution. It will prevent harassment and protect victims, and it will drive a change in the culture around victim blaming. I hope the committee stage this Thursday will get us one step closer to enshrining historic measures in law to protect employees from harassment in the workplace.