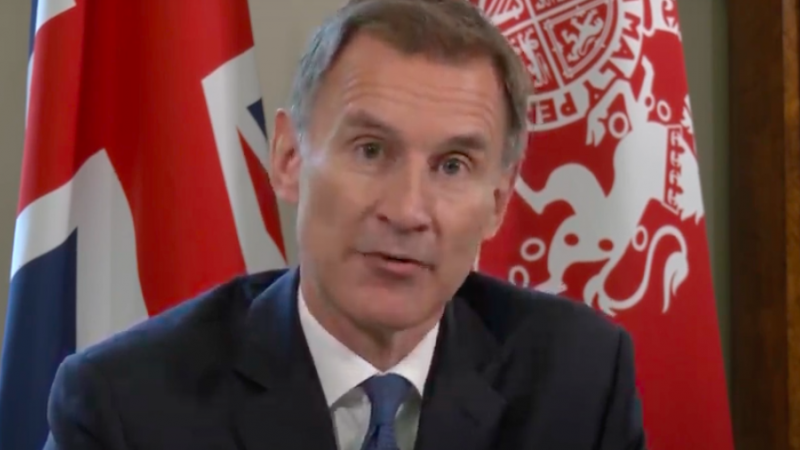 After twelve years of Conservative rule, the UK economy is in bad shape. It is the only G7 economy which is smaller than before the Covid pandemic. The economy is damaged by twelve years of austerity, destruction of public services, unrestrained corporate profiteering resulting in 14.2% rate of inflation and labour shortages caused by Brexit and related xenophobia.

Increasing the real purchasing power of the masses is key to averting economic recessions, but that is not the government’s priority. In real terms, wages are below the level they were in 2007. In the three months to September 2022, wages in the private sector increased by 6.6%, compared with 2.2% for the public sector.

Yesterday’s budget unleashed £55bn of tax rises and public spending cuts. The purchasing power of low/middle income families will be depleted by stealth taxes. Personal allowance (currently at £12,570 a year), income tax and national insurance thresholds will remain frozen until 2028. Some 3.2 million additional people will become liable to pay income tax and 2.6 million will pay at the higher rate (40% and 45%). Someone earning £60,000 a year could pay an extra £14,990 in tax over the next five years. This freeze will increase tax yield by £35bn a year by 2027-28.

In October 2021, the average annual household energy bill was £1,277 and with the government’s energy price guarantee scheme it increased to £2.500 in October 2022. From April 2023 the average energy bill is expected to hit £3,000. Some 16.65 million people live in poverty, including one in three children. Nearly 7 million households are in fuel poverty, and this is expected to rise to 11 million next year. There are no curbs on corporate profiteering.

Despite high inflation, there is no immediate increase in social security benefits or the state pension. Instead, they will rise by 10.1% in April 2023. It is only the fourth time that benefits have increased in line with CPI inflation in the last decade.

Minimum wage will increase from £9.50 an hour to £10.42, next April. Someone working a 40 hour week may receive extra £1,600 a year. .Some 40% of this would disappear in income tax, national insurance, VAT, fuel duties and indirect taxes. Then there is more to pay for energy, food, transport, rent and mortgages, leaving workers worse off in real terms.

There is no wealth tax, financial transactions tax, end of non-dom tax dodges or reform of trusts to prevent the rich from avoiding taxes. Instead, there are gestures to create the impression that the government is inconveniencing the rich. For example, the threshold for the 45% band of income tax is reduced from annual income of £150,000 to £125,140, resulting in additional tax payment of £3.3bn over the next six years by 246,000 individuals. Meanwhile, tax increases on someone earning £1.5m amounts to less than 0.1%. of their income.

After considerable resistance, the government will increase the windfall tax rate for oil and gas companies from 25% to 35%. However, the previous law was fundamentally flawed. Shell has not paid any UK corporation tax for the last three years and despite record profits has not paid any windfall tax. There is no inquiry into corporate tax avoidance.

Brexit has caused skills shortages, increased cost of imports and loss of export markets, but got no mention in the Chancellor’s speech. One of the reasons for skills shortages is a breakdown of public services. In England, 7.1 million people are waiting for hospital appointments, compared to 2.5 million in 2010. Around 2.5 million are unable to work  because of chronic illness. Some 500,000 workers have dropped out of the labour market due to poor health. The government response is to provide an extra £3.3bn to the NHS in each of the next two years. This is less than half requested by NHS chiefs to mediate this winter. The lack of funding will lengthen waiting lists, inflict another real wage cut on NHS staff and worsen labour shortages.

The government is seeking to address labour shortages through conscription of people considered to be too ill to work, and those taking care of ill relatives. Through a cull of Universal Credit, the government is aiming to force 600,000 people to work.

The budget has failed to address major economic problems. The Office for Budget Responsibility’s assessment is that under the weight of never-ending austerity living standards will decline by another 7% over the next two years. The Chancellor’s promised deregulatory cull of consumer, worker and environmental protections will make matters far worse. The UK needs a new political direction.