As the country’s economy slides, and the Bank of England governor admits it is performing worse than those in the eurozone and the US, a significant majority of the population believe leaving the EU was a mistake. 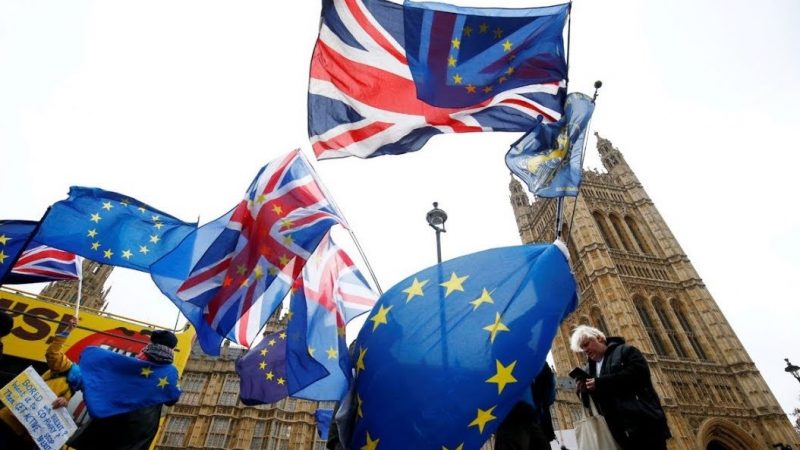 As we approach the two-year anniversary of Britain leaving the EU on December 31, 2020, data shows that support for Brexit is at an all-time low.

A poll by YouGov shows that only 32 percent of the British public believe it was right to leave the EU and 56 percent say it was wrong to exit the bloc.

With one in five people who voted Brexit now believing it was the wrong decision, the polling shows a big swing in opinion, particularly since June 2021.

By contrast, Remain voters are more likely to have stood by their decision. 91 percent who voted to stay in the EU believe it was the right decision, with just 5 percent saying Leave was the right call.

YouGov says it has regularly asked the public about their thoughts on Brexit and, up until the 2017 general election, more people were of the opinion it was the right decision.

“Since then, with the exception of very brief periods in April 2020 and April 2021, public opinion has swung in the other direction and the latest results show the gap is at its largest yet, with those who think it was wrong to leave 24 points ahead of people saying it was right,” said YouGov.

The survey follows a separate poll by Redfield and Wilton Strategies that was published in October. The survey asked respondents how they would vote in another EU referendum. ‘Rejoin’ took a 14-point lead.

Commenting when the poll was released, Professor Sir John Curtice, a political scientist, said the worsening economic climate in the UK appeared to be a leading reason for growing scepticism towards Brexit.

“Unless we recognise the failures that the Department for International Trade made during the Australia negotiations, we won’t be able to learn the lessons for future negotiations,” he had said.

In a further Brexit blow, at the G20 Summit this week, Rishi Sunak signalled that the UK has given up on signing a trade deal with the US before the next general election. The US trade deal was vaunted as one of the benefits of Brexit and Boris Johnson had pledged to secure an agreement by the end of 2022.

On November 17, the same day the chancellor announced the autumn statement, the Office for Budget Responsibility (OBR) published its economic and fiscal outlook. The report forecasts that Brexit “will result in the UK’s trade intensity being 15 percent lower in the long run than if the UK had remained in the EU.”

Trade intensity is a measure of a Britain’s integration with the world economy.

“The latest evidence suggests that Brexit has had a significant adverse impact on U.K. trade, via reducing both overall trade volumes and the number of trading relationships between U.K. and EU firms,” says the OBE.