'Corporations excel in corrupt practices by funding political parties and legislators to ensure that their interests are prioritised.' 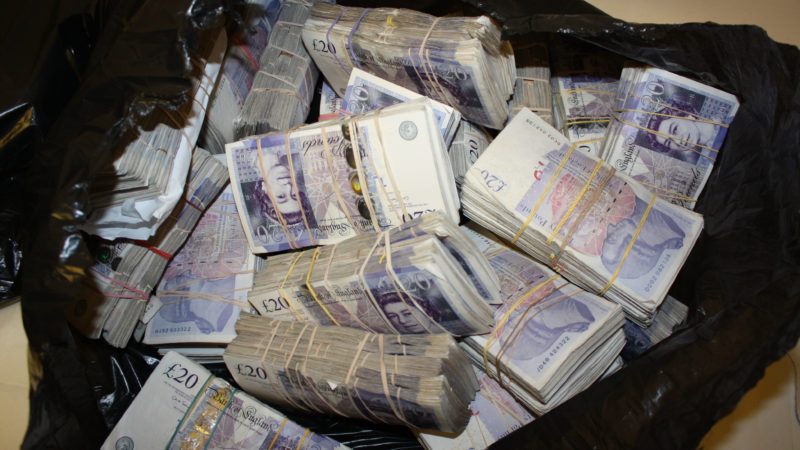 For the last few weeks, political turmoil at Westminster has dominated the headlines. In Rishi Sunak, the UK now has its third prime ministers in as many months and the political classes are engaged in the usual mantra of economic growth, austerity, tax rises/cuts and public spending. Virtually no attention is paid to corporate corruption that is eating into the social fabric.

Corporations excel in corrupt practices by funding political parties and legislators to ensure that their interests are prioritised. Minister and legislators oblige by neutering threating laws and stuffing toothless regulatory bodies with corporate elites. The diminished state can’t curb corruption and public trust in governments is inevitably eroded.

With a subservient state, corporations feel that they can get away with almost anything. The finance industry leads the field with mis-selling of numerous financial products relating to pensions, endowment mortgages, precipice bonds, split capital investment trusts, payment protection insurance, mini-bonds and more. The collapse of Blackmore Bond, London Capital and Finance, Woodford Equity Income fund and others provide further insights into lawlessness in the City of London. Banks have been so emboldened by regulatory inaction that they forge customers’ signatures to repossess their homes and businesses. Despite 10,000 pages of evidence and questions in parliament, the government and regulators have done nothing to check the frauds. After 14 years, there is still no resolution of frauds at HBOS and RBS.

The UK is the home of dirty money which has created bubbles in the housing, securities, arts, antiques and other markets. The government’s obsession with deregulation has created opacity. Small companies exempt from regulation have become fronts for illicit financial flows. Tax dodging is rife and it is hard of think of any major corporation that is not avoiding taxes by shifting profits to low/no tax jurisdictions through complex intragroup transactions.

Big accounting firms are masters of devising complex tax dodging schemes. On occasions, HMRC has successfully challenged some of their schemes. Despite strong court judgements, no accounting firm has been investigated, fined or prosecuted for selling unlawful tax dodges. No attempt is made to recover legal costs from these firms, but they are routinely handed government contracts.

In pursuit of profits and bonuses, books are cooked. Patisserie Valerie made headlines about “significant and potentially fraudulent accounting irregularities” and that is unlikely to be an isolated case. Around 25% of the audits by big accounting firms are flawed, but no firm is shut-down for persistent failures. KPMG partners presented “false and misleading documents and information” to regulators investigating the firm’s failures at Carillion.

72 people died in the Grenfell Tower Fire because of the use of cheaper insulation material, but there is no reform. Despite fines, journalists have no qualms about hacking phones. Companies operate secretive cartels to fix prices and fleece customers. They lied about diesel emissions to sell automobiles. Water companies dump tons of raw sewage into rivers and seas, endangering human, animal and marine life and biodiversity. Companies fleece the NHS by overcharging for drugs. Despite the law, thousands of companies cheat the poorest-paid workers out of the statutory minimum wage.

The above provides a brief glimpse of corruption that is institutionalised. The perpetrators do not reside in some dark Dickensian den of thieves. Rather they are wealthy, highly educated, living in leafy suburbs and operate through bright city centre offices, huddling around boardroom tables to devise the next scam.

Increasing profits through tax avoidance, low wages, frauds and shady practices has become part of a contemporary “enterprise” culture that persuades many to believe that bending the rules for personal gain is a sign of business acumen. Stealing a march on a competitor, at almost any price, to gain financial advantage is considered to be an entrepreneurial skill, especially where competitive pressures link promotion, status, profits, market shares and niches with meeting business targets. With the average tenure of chief executives at major quoted companies at 4-5 years, the aim is always to build high profit-related salaries, bonus and share options as quickly as possible. Those meeting or exceeding the targets become media stars, but rarely face the music. By the time anti-social practices unravel they have moved on to newer pastures. There is insatiable intoxication with personal accumulation of wealth, status and power, often at the expense of others.

One might look to regulators and the government to check the tide of anti-social practices, but they seem not to be bothered. The UK has over 700 fragmented regulators, but there is no central enforcer of company law. The finance industry has at least 41 ineffective regulators. The auditing industry has five regulators, but after 100 years of delivering audits, accounting firms still can’t deliver honest audits. There is cognitive capture and regulators are too close to the industry that they are supposed to regulate.

A public backlash is long overdue. Corruption cannot be checked without constitutional reforms that create a distance between corporations and legislators. The stakeholders affected by regulatory failures must have significant presence on regulatory bodies. Executives devising corrupt practices need to face personal fines and prison sentences.