'The government must do more to protect those who need it, such as the 1.5 million who are on low-incomes and on pension credit.' 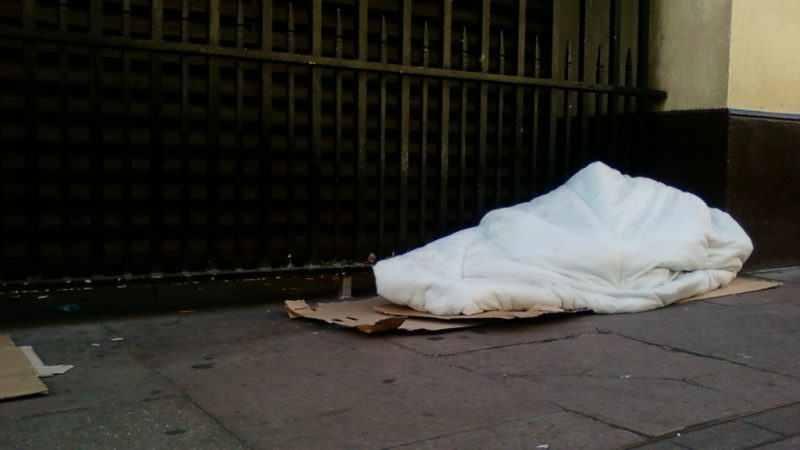 This country is facing a homelessness emergency. The Conservative government has failed to supply economic support of the substance and calibre to prevent homelessness becoming an impending crisis this winter, and instead plans not only to fail to abolish unfair Section 21 Eviction Notices, but also to re-criminalise rough sleeping. This is characteristic of the out-of-touch nature of this government which threatens so many constituents’ livelihoods across the country.

From listening to many stories of hardship and struggle from my constituents, the cost-of-living crisis is already hitting them hard. With inflation set to reach 11% by the end of this year, as well as rent prices continuing to increase after a 10% rise over the last 12 months, it is deeply concerning to envision just how many will struggle with housing security over the coming months.

Indeed, I have also already seen a sharp increase in numbers of constituents contacting me regarding receiving sudden eviction notices due to their inability to manage living costs. With food prices set to increase by 50% by next April, this is a burden which will affect every single constituent.

Rather than listening to the plights of our constituents, the government has failed to act with the decisiveness and quality of leadership such a crisis demands. Instead, Truss’s government has refused to reinstate the £20 per week uplift to universal credit and has failed to cut VAT which is currently at 20%.

This is a problem of such gravity that this government cannot continue to treat dismissively.

The support package offered to the country to deal with the cost-of-living crisis is simply not enough. The crisis is no longer on the horizon, rather a real, current plight. The government must do more to protect those who need it, such as the 1.5 million who are on low-incomes and on pension credit. The government must cut VAT from 20% to 17% for 12 months to support families and to keep inflation in check to boost economic growth. The government must end the unfair freeze on income tax personal allowance which only disproportionately disadvantages low earners.

All of this comes simultaneously with the impending end of many of the six-month sponsorship agreements for Ukrainian refugees. There is a real threat of a homelessness epidemic here too. The government’s guidance for Ukrainians approaching the end of their sponsorship includes either being re-sponsored or entering the private rental market. I am sure it is not surprising to learn that, considering the current rental and energy cost prices, entering the private rental market at present is simply not an option for many refugees. As such, having been granted three years’ Leave to Remain in the UK, many Ukrainian refugees urgently need accommodation, adding to the numbers needing emergency housing provision.

This is a crisis which is already knocking on Number 10’s door. Indeed, former head of the civil service, Sir Bob Kerslake, who also chairs the Kerslake Commission on Homelessness and Rough Sleeping wrote last week that the cost-of-living crisis will create a ‘catastrophic’ homelessness emergency.

Rather than approaching this very real problem with strategic compassion, in the forthcoming Levelling up and Regeneration Bill Liz Truss’ government plans to re-instate Sections 3 and 4 of the Vagrancy Act 1824, which criminalise the acts of begging and sleeping rough. My colleague Layla Moran MP campaigned vehemently for the removal of this act for three years, urging action to be taken to remove such a Dickensian piece of legislation which enshrined a cruel approach to the problem of homelessness in this country.

While Layla’s long and hard-fought push for this act to be removed was finally rewarded in the act’s repeal in April this year, the government’s proposal to reinstate the above sections of the act is an extremely worrying policy development which characterises the out-of-touch and outright inhumane way in which this government views homelessness.

Further, the government has refused to scrap the use of Section 21 Eviction Notices by landlords. Throughout the pandemic landlords were suspended the right to give out such evictions, however their right has since been re-instated. Many of these notices are issued as a result of tenants complaining about the conditions of their rented property, and their landlord’s failure to deal with them appropriately. As renters enter a period of great uncertainty in this cost-of-living crisis, the rental market must be made fairer for tenants. This starts with a landlord’s ability to issue a Section 21 Notice.

There is the further issue of a lack of understanding of the desperate need of more affordable housing in this country. At the start of the initiative, the government’s 2021-2026 Affordable Housing Programme promised up to 180,000 affordable homes to be built by 2026. At present, the projected figure is a maximum of 138,000. Not only is this just a shadow of the proposed figure, but there are discrepancies regarding what kind of affordable housing this programme will provide. It is simply no use building properties of one-bed flats, if the area is in desperate need for three-bed houses. What this programme is not providing, is accurate supply for demand of affordable housing, meaning countless constituents are not receiving housing which meets their needs.

Yet again, a sign the Conservative Party is out-of-touch with reality, a trait Truss’ government shows no signs of changing.

As a real consequence of the very economic actions this government is taking, it is paramount that homelessness is approached with an urgent and empathetic stance.