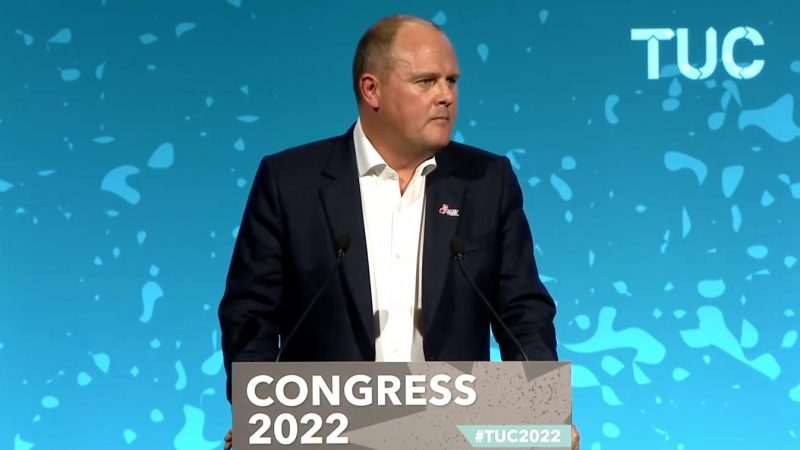 He used his speech to set out his vision for the TUC, which centred around growing and diversifying the trade union movement. He told delegates, “I will spend my time leading the TUC focused on one thing above anything else. That is growing, diversifying, strengthening our movement. More union members, more union reps, an active inclusive, confident vibrant, diverse movement”, adding that he wanted to build “a trade union movement for every worker in this country”.

He also used his speech to thank O’Grady for her decade as general secretary, arguing that among her biggest achievements was the Covid-19 furlough scheme. He said, “there would have been no furlough scheme” without O’Grady’s work.