"He's got no mandate from the people," the former Culture Secretary said 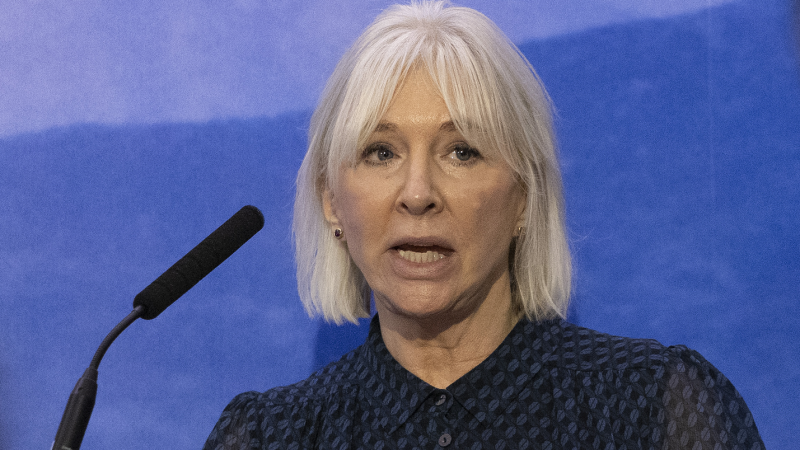 Staunch Boris Johnson supporter Nadine Dorries has warned that all ‘hell will break loose’ if Rishi Sunak becomes Prime Minister over his lack of mandate.

The former culture secretary made the remarks after Johnson sensationally pulled out of the leadership race last night, claiming that although he had the support needed to stand it would not be “the right thing to do”. He also said that he did not have the backing of enough MPs to lead a united party.

A number of senior Tories had warned that the Conservative Party would face devastation should Johnson return as leader.

His decision to pull out means only Penny Mordaunt and Sunak now remain in the race, with Sunak currently on 163 MPs and Mordaunt on 25. Candidates need 100 nominations by 2pm today to pass the first round.

“He’s got no mandate from the people,” the former Culture Secretary said, before adding that Sunak had “lost every election he’s gone up for.”

“He lost the leadership election to Liz Truss, he hasn’t won this one, he won’t have gone to the members for the vote, and I think it will be very very difficult for him to sustain the pressure not to go for a General Election.”

“He’s got no mandate, whatsoever, to be Prime Minister of this country.”

So much for a united Tory party offering a fresh start.