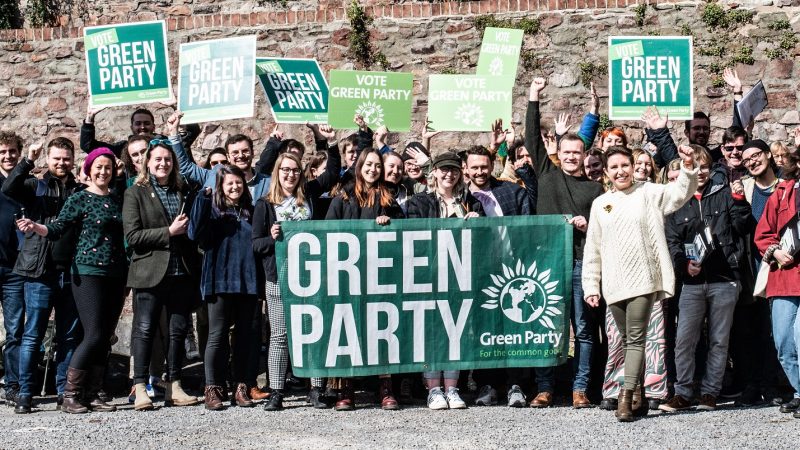 At its biannual conference in Harrogate this weekend, the Green Party of England and Wales has voted to support the repeal of the UK’s anti-trade union laws. The motion was proposed by the party’s trade union liaison officer Matthew Hull.

The party’s position comes at a time when the government is rolling out even tougher anti-union laws, already dubbed the most restrictive in the western world – including allowing agency workers to be used to break strikes and touting introducing minimum service levels during industrial action.

As a result of the motion, the party’s members have called for opposition to anti-strike laws to form a part of the party’s next general election manifesto.

The conference agreed that, “trade unions and other forms of workers’ organisation are essential to upholding and expanding the rights of all people, both within the workplace and without. The freedom to organise in trade unions, and to withdraw one’s labour, is a fundamental human right and inalienable.” It also stated that “the right to organise in trade unions has historically underpinned social progress of all forms, enabling people to win advances in prosperity and social equality for all. Attacks on the right to organise set the stage for social progress to be rolled back.”

The motion went on to call for the repeal of all anti-union laws introduced since 19179. It read, “Conference believes the law should facilitate workplace democracy and trade union activity, not restrain and outlaw it. This Conference resolves to oppose any new antiunion or anti-strike regulations that restrain unions and their members. Conference calls for the repeal of existing anti-union and anti-strike laws introduced since 1979, including bans on secondary picketing, bans on industrial action for political objectives including climate and ecological justice.

The motion continued, “Conference calls for the replacement of these laws with a positive charter of workers’ and trade union rights, enshrining the fundamental right to organise and strike, drawn up in consultation with trade unions. We urge Green council administrations to refrain from using agency workers to break strikes, defying the Conservatives’ recent changes to law in solidarity with workers.”

In addition to opposing anti-union laws, Green Party members also voted to support the ongoing wave of strikes by trade unions and to support building for a general strike to demand a political solution to the cost of living crisis.

“Trade union rights are fundamental to a free society and enabled us to achieve major improvements in working conditions during the 20th century. It is terrifying to see those improvements being rolled back and the democratic freedoms that secured them taken away.

“The erosion of workers’ rights under successive Tory governments since Thatcher has contributed to rising inequality and exploitation of workers, leading to a dystopian prospect as the current government seeks to repeal protective EU regulations.”

“We want to see the repeal of existing anti-union and anti-strike laws.

“They should be replaced with a positive charter of worker and trade union rights, enshrining the fundamental right to organise and strike, drawn up in consultation with trade unions. Those rights must include the right to take industrial action to demand ecological justice.”