'The right-wing coup is no respecter of democracy. ' 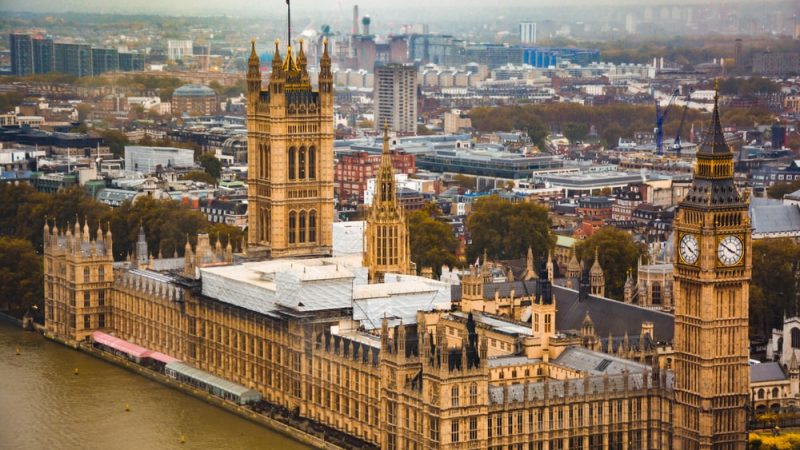 Last week, the UK saw the latest stage of the right-wing coup that began in the late 1970s. The latest stage is a £161bn unfunded tax cut for the rich and corporations. It is accompanied by real wage cuts, erosion of worker rights, human rights, democracy and dismantling of the welfare state, all secured with decades of social struggles.

How did we get here and where is the coup heading to?

The coup began in the late 1970s. The coup leaders wrapped themselves in the flag and used populist language to achieve their mission of subjugating the working class, rolling back the welfare state and enhancing the power of capital and elites.

Previously, the coup sold-off vast swathes of publicly owned industries at knockdown prices. It systematically impoverished workers by restrictions on trade unions. In 1975, workers share of GDP, in the form of wages and salaries was 65.1%. By mid-2022, it was less than 50%. Since the 1970s, the state’s take in the form of taxes has averaged around 32%-33% of the GDP. There has been a huge transfer of wealth from labour to capital.

Rather than increasing resilience of living standards, the government has now handed £161bn tax cuts, mostly to the top 1% of the population. The handout was not accompanied by the customary impact assessment from the Office for Budget Responsibility (OBR). The government claimed that there wasn’t sufficient time to produce an assessment. The OBR states: “We sent a draft economic and fiscal forecast to the new Chancellor on 6 September, his first day in office. We offered, at the time, to update that forecast to take account of subsequent data and to reflect the economic and fiscal impact of any policies the Government announced in time for it to be published alongside the ‘fiscal event’ planned for later in the month. In the event, we were not commissioned to produce an updated forecast alongside the Chancellor’s Growth Plan on 23 September”.

The tax cuts are funded with borrowing, already at £2,427.5bn, or around 96.6% of GDP. This spooked financial markets. The government received a rebuke from the International Monetary Fund. The value of Pound Sterling declined, and the Bank of England spent £65bn to stabilise the markets.

Tax cuts are accompanied by a squeeze on the working class. The government is urging workers to take real pay cuts and is dismantling the social security system. It will reduce social security benefits. Some 41% of universal credit claimants are in work and rely upon charity to survive. Some 2.1 million emergency food packages were distributed between 1 April 2021 and 31 March 2022, 832,000 of them to children. Neoliberals want to charge people for hospital stays and visits to a doctor, further eroding the National Health Service.

To break the working-class resistance, the government has enacted the Conduct of Employment Agencies and Employment Businesses (Amendment) Regulations 2022. It permits employers to fire striking workers. The government intends to further weaken the bargaining power of workers by banning strikes in essential services.

Anyone taking to the streets to protest will face the full might of the state. ”Noisy” protests have been criminalised by the Police, Crime, Sentencing and Courts Act 2022. Even one-person protests face ban and prosecution. Under the Covert Human Intelligence Sources (Criminal Conduct) Act 2021, the government can use state and non-state actors to murder, rape and torture its own citizens “in the interests of the economic well-being of the United Kingdom” (Section 1 (5) (5c)). This can be done without any court order, subsequent inquiry and with immunity from prosecution. The government is set to repeal the Human Rights Act 1998 and replace it with its Bill of Rights Bill, which constrains the ability of the courts to intervene and protect people.

The right-wing coup is no respecter of democracy. We all remember how in 2019 the government illegally prorogued parliament. The government response has been to remove the power of the courts to intervene. Following the Dissolution and Calling of Parliament Act 2022, the Prime Minister has the sole power to dissolve parliament even without a vote in the House of Commons.

The next general election is already being rigged. The Electoral Commission is the independent regulator of all election related matters. It fined the Conservative Party for malpractices. The Government responded by ending its independence and following the Elections Act 2022, it is now under ministerial control. The Act has also enabled the government to add millions of expats to the electoral register even though they have had no formal contact with the UK for decades. Their votes could make a crucial difference in marginal constituencies. More crucially, many of the tax exiles, who have dodged UK taxes, will now be on the electoral register and fund political parties. They are mainly supporters of the Conservative Party.

The UK has all the hallmarks of a fascist government which funnels wealth to a select few, impoverishes the masses and attaches little weight to democracy or public accountability. It has neither delivered economic resilience, nor prosperity or happiness.