The industrial action that was due to take place this week will no longer go ahead, as new talks over low pay get underway. 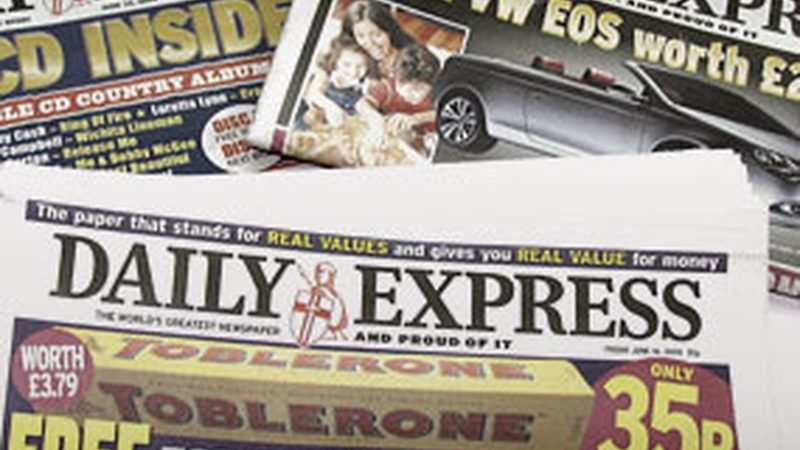 As the ‘summer of discontent’ gives way to the ‘autumn of discontent’, journalists are joining the other professions making their voices heard through their unions.

Members of the National Union of Journalists (NUJ) who work for Reach – the largest commercial publisher in the UK which owns more than 130 national, regional and local newspapers and media brands, including the Daily Mirror, Sunday People, Daily Express, Sunday Express, and Daily Star,– voted for industrial action over pay.

A three-day strike was due to be held between 14 to 16 September across the UK and Ireland, coinciding with the start of the TUC Congress, which has also been postponed following the death of the Queen.

The NUJ says it will use the intervening period to consult members on pay proposals put forward by Reach.

A ballot of staff asking if they would accept a pay proposal offered by their employer is to open on September 14 and will close on September 23.

A spokesperson for Reach said: “We have been working on a number of proposals to resolve this dispute and can share that the NUJ have agreed to take a proposal to their members for ballot.

“This is a significant step, and we are hopeful for a resolution.”

News that Reach and the NUJ are renegotiating a proposal is the latest development in what has become a long and drawn-out battle over the pay and conditions of Reach journalists and their employer.

On August 31, the first of four days of planned strike action took place.

The NUJ reported strong turnouts at Reach picket lines in London’s Canary Wharf, Cardiff, Oldham, Glasgow, Hull, Liverpool, Belfast, Dublin, Bristol Birmingham and Newcastle, with staff said to be ‘galvanised’ by the issue of pay amid the cost of living crisis.

For the journalists who could not join a physical picket line as they are predominantly home-based following the closure of many of Reach’s offices in 2021, an online rally was organised.

Around 1,150 reporters at Reach’s national and regional titles joined in the action over the company’s 3% pay rise offer.

Following the first day of strike action, the journalists were reported to be planning a period of “work to rule”, meaning they only work their contracted hours and duties.

The average salary for a journalist at Reach is £21,934 a year, 19% below the national average, according to the salary guide by the jobs site Indeed.

Meanwhile, the company’s CEO and executive director Jim Mullen – who is one of the UK’s best-paid media executives, according to a recent Press Gazette ranking – took home a pay package worth £4m in 2021.

The gaping pay discrepancy between its chief executives and journalists is a primary grievance for the NUJ and its members who work for Reach.

In response to the latest annual report on the salaries of Reach staff, Chris Morley, Reach NUJ national coordinator, said: “Jim Mullen’s remuneration was equal to that of 117 of his lower paid staff – disappointingly, at a stroke, massively widening inequality within the company.

“By making such big pay-outs to the chief executive and finance director, clearly the board believes the company has performed well and is successful. Therefore, directors need to start to make amends on languishing employees’ pay now.

“They must properly fund a decent pay rise for 2022 to their journalists so that it better reflects their true value to the company and wider society – and goes to meet the enormous challenge posed by the very real cost of living crisis,” Morley continued.

A ‘universal message’ in the trade union movement

Following the strike action on August 31, Jane Kennedy, an organiser for the NUJ in the Northern and Midlands region, said the solidarity on the picket line between the striking journalists, the local chapel, MPs and Unite and the TUC, was a “universal message in terms of the trade union movement.”

“People are angry and disappointed and just look at the way the company has treated senior executives and people on the ground and I think it’s really galvanised people,” she told the Press Gazette.

Nick McGowan-Lowe, the NUJ’s organiser for Scotland, said: “We are hoping that the company will change its mind and see sense and pay a fair wage to the people who create the content that generates a profit for the company.”