Home secretary Suella Braverman, who pitches herself to the right of her predecessor Priti Patel, says she wants to stop all small boat crossings. 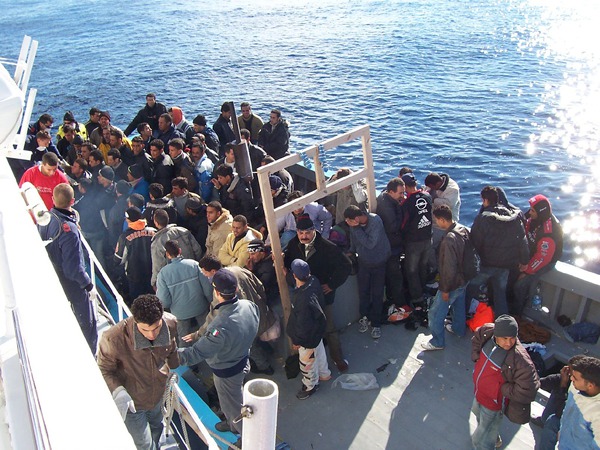 There is still more than three months left in the year, but the number of people detected making the treacherous journey across the English Channel has already exceeded the total in 2021.

Official figures from the Ministry of Defence (MoD), show that the total number of people who have made the journey across the Channel in small boats this year so far is 28,592. This exceeds the 2021 figure, which was 28,526 people for the entire year.

This year’s provisional figure is almost double the number of people who had been detected making the crossing by this point in 2021, which was 14,600.

On September 12, 601 migrants made the crossing aboard small boats. August recorded the highest number, when a record 1,295 people reached Britain’s shores in small boats in a single day.

Since 2018, the number of migrants risking their lives on small boats across the English Channel has risen steadily each year.

Out of those who made the journey in 2021, more than half were of Iranian or Iraqi nationality – 30% and 22% of the total respectively. 10% were from Eritrea, 9% of the total were from Syria, and 5% from Afghanistan, official figures for arrivals whose nationality has been recorded by the Home Office show.

Data for the first six months of 2022 reveals that Afghans and Albanians each accounted for 18% of arrivals, while Iranians accounted for 15%, Iraqis 13% and Syrians 9%.

The number of people making the dangerous voyage continues to rise despite so-called ‘deterrents’ introduced by the government.

On April 14, the then home secretary Priti Patel signed an agreement with Rwanda, which would see the East African nation receive migrants deemed by Britain to have arrived “illegally”, and therefore considered inadmissible by new UK immigration legislation.

Patel described the agreement as a “world first”, but it met widespread opposition. On June 14, the first deportation flight to Rwanda was grounded amid legal challenges by the European court.

New PM promises to press ahead with Rwanda policy

Liz Truss has promised to press ahead with the Rwanda policy. In last week’s cabinet reshuffle, Truss made Suella Braverman home secretary.

Pitching herself to the right of her predecessor Priti Patel, Braverman is expected to move quickly to sideline the European Convention on Human Rights (ECHR).

Braverman has set the Home Office target of stopping small boats crossing the Channel altogether. During her inaugural address to departmental staff last week, the new home secretary said a top priority would be banning all Channel crossing.

Immigration experts say the move would be virtually impossible if the government refuses to offer sufficient alternative safe routes to the UK.

“Suggesting she can stop all boat crossings is pie in the sky – it doesn’t bode well,” said a civil service source.

Meanwhile a think-tank has urged the home secretary to abandon the Rwanda scheme. Bright Blue, a pressure group and think-tank which says it advocates for liberal conservative ideas and policies, has warned that if the number of arrivals across the Channel continue to rise, Braverman should abandon efforts to remove people to Rwanda and look for alternative ways of stopping people risking their lives at sea.

A legal challenge to the controversial policy brought to the High Court by the Public and Commercial Services (PCS) Union, Care4Calais, Detention Action, and several asylum seekers, got underway last week.

The Home Office would not comment on the 2022 Channel crossing figures, saying it would be inappropriate at a time of national mourning.