'What the government is resolutely refusing to acknowledge, let alone address, is the crisis of people who aren’t working not because they don’t have to financially, not because they’re choosing a life of leisure, but simply because they can’t, due to ill health' 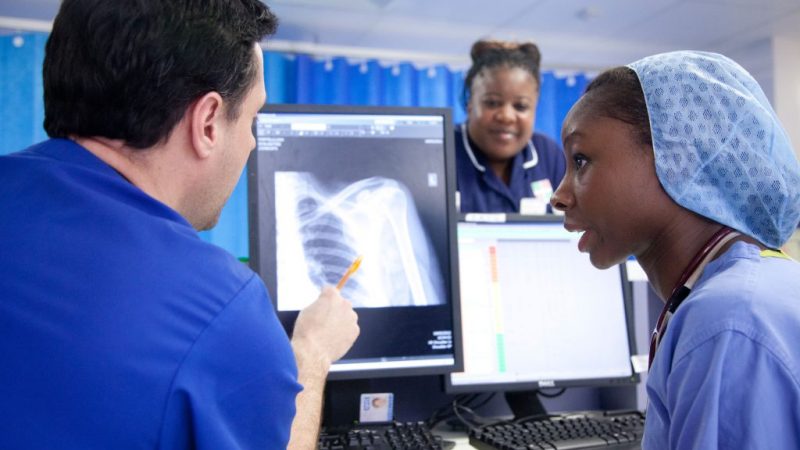 The UK’s unemployment rate is at its lowest level since 1974. We’re seeing “help wanted” signs in many shop windows, a wide range of employers – and not just the low-paying ones – complaining about the difficulty in finding staff.

The government is getting so desperate about the issue that today it is trying to press even harder at part-time workers to get them into more hours – even though the numbers are small, and many of them will have good reasons for limited hours, caring responsibilities, ill health or disabilities, or simply be in locations where there is still no more appropriate work available.

What the government is resolutely refusing to acknowledge, let alone address, is the crisis of people who aren’t working not because they don’t have to financially, not because they’re choosing a life of leisure, but simply because they can’t, due to ill health.

Nine million people of working age are recorded as “economically inactive”. Around 2.6 million of those are students, at least 1.3 million are carers, mostly struggling to get by on the grossly inadequate £69.70 a week they received. But that leaves a lot of people, and the figures show that ill health is what is keeping many of them out of paid work.

Well over 300,000 people have joined that group since the pandemic began – making the total 2.46 million. The figure is rising at the fastest rate in three decades. Experts say long Covid is only part of the story, and of course does not explain the high figure before the pandemic.

The usual suspects are leaping up to bash the NHS over these figures. And of course, exhausted staff, inadequate financial resources and failure to plan the workforce are meaning an expansion of waiting lists, which will be keeping some people from returning to work.

But what’s not being said, and needs to be, is that the terrible quality of public health is a significant factor here. Poor housing, awful air pollution, poverty, unhealthy diets and insecurity are causes of ill-health. They are the “social determinants of health” in the jargon, and are a bigger factor than any individual behaviour or treatment.

You’d think then that the government would – with its obsession about growth – be focusing on this clear threat. If they don’t care about public wellbeing and health for its own sake (and every indication is they do not) then surely they would be concerned about the impact on “the economy”?

Ensuring a healthier environment would help at least some of those people now off on the inadequate long-term sickness benefits back into paid work, so you’d think there’d be an acute focus not just on the NHS and social care, but on creating a healthier society. But you’d be wrong. For all the indications are that this is a government ideologically driven to “cut red tape” and let loose what they see as business “animal spirits” and is actively acting to worsen public health.

There’s informed talk that the former government’s extremely modest and inadequate obesity strategy is to be dumped. This, as the latest research on ultraprocessed foods – which make up more than half the British diet – demonstrates further their health damage, something that I’ve long been trying to get the government to acknowledge.

There’s the nonsensical plan to tackle the energy crisis with fracking. Putting aside the fact that should public resistance be overcome it would be at least a decade before significant supplies of gas resulted, that would have an impact on public health not just in the immediate vicinity of sites (most of which are in areas supposedly targeted for “Levelling Up” by the previous administration and where public health is notably poor), but in the continual reliance on burning this fossil fuel. There’s increasing understanding of the terrible impact of gas cooking on indoor air pollution, and while the World Health Organisation, in a major intervention, has called for a global fossil fuel non-proliferation treaty, of which fracking would be a breach.

Mental ill health is a significant factor, and a growing part, of the overall figures. We know that it is worsened by insecurity that the government could very clearly act on, as well as the general state of our society, yet again and again the government is worsening the wellbeing of our society with punitive benefit sanctions and inadequate support.

Then there’s inequality – which government plans for tax cuts and the nature of its energy price cap will only magnify. And inequality – as Kate Pickett and Richard G Wilson demonstrated many years ago in The Spirit Level – is extremely bad for public health.

So I’ve got a recommendation for Kwasi Kwarteng: sit down with the Health, Housing, Transport and Work and Pension Secretaries and work out how you can improve public health. If you want a productive society, we have to do much, much better. And if you think about what people wish a new baby – a healthy life – it is a central human aspiration.