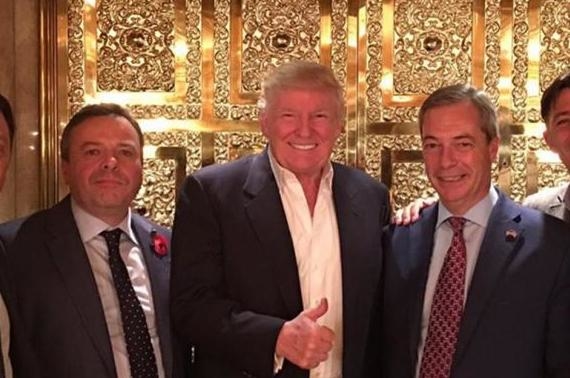 Leave.EU, the political campaign group established to support the UK’s withdrawal from the EU, has gone into liquidation, documents on the government’s Companies House page reveal.

The data shows that the organisation owes £7.1m in debt, including £7m to co-founder Arron Banks. The controversial co-founder is reportedly appearing to write off the loan.

The lobby group was founded in July 2015 as The Know, to strengthen withdrawal efforts to leave the European Union. It changed its name to Leave.EU in September of the same year.

The campaign was co-founded by British businessman and UKIP donor Arron Banks, alongside property entrepreneur Richard Tice, who has been leader of Reform UK since March 2021. The lobby group received early backing from millionaire Jim Mellon, who donated a sum thought to be in the region of £100,000.

The campaign for Britain to leave the European Union has been mired in scandal and investigated and fined multiple times for issues ranging from libel to electoral spending.

Following an investigation by the Information Commissioner into the misuse of personal data by political campaigns, in February 2019, Leave.EU and an insurance company owned by Arron Banks were fined £120,000 over data law breaches. Leave.EU claimed the fine was a “politically motivated attack against our involvement in Brexit.”

Several months later in May, an investigation by Channel 4 News found that Nigel Farage has received £450,000 from Leave.EU’s co-founder Arron Banks. The investigation uncovered that the British businessman and political donor had, through one of his companies, rented a lavish £4.4m home in Chelsea for Farage.

Banks also provided a £30,000 car and forked out £20,000 for a driver for Farage. Documents seen by Channel 4 News also revealed that Banks, through his companies, had spent hundreds of thousands of pounds promoting ‘Brand Farage’ in America, which included funding Farage on multiple visits to the US in the year following the Brexit vote.

The lobby group also came under fire for ‘serious breaches’ of electronic marketing, involving sending almost 30,000 emails containing a Leave.EU newsletter to subscribers of the GoSkippy insurance brand. This resulted in Leave.EU receiving a £70,000 fine. It also lost an appeal it made against the fines in 2021.

Banks resigned from the group as director in January 2021.

Plagued by scandal and fines, it has emerged that the lobby group went into liquidation in April, owing £7.1m, including a £7m debt to Arron Banks. According to reports, Banks loaned the group £6m on an interest-free rate until it was, in late 2020, novated to Rock Holding Ltd. At that time, an interest rate of 4 percent above the Bank of England base rate was applied.

Leave.EU also owes £52,050 in fines to the Information Commissioners’ Office.

It has been said that the apparent writing off of the £7m debt may be seen by Banks as a reasonable price for the disruption created by Brexit.

Chris Bryant, chair of the House of Commons standards committee, commented: “I wonder when we’ll wake up to the real damage that’s been done [by Banks] to this country. The £7m that he’s out of pocket is frankly the least of it.”

Ben Bradshaw, Labour MP for Exeter said: “£7m is a very small fine for the long-term damage that Banks has done to Britain.”

Bradshaw has previously called on the government to investigate the role “dark money” potentially played in the EU referendum. He said: “The whole sorry saga illustrates the importance of robust independent regulation of political donations and campaign funding at a time when the Tory government is hellbent on emasculating the Electoral Commission.”

Reaction to the news that the pro-Brexit lobby group whose co-founder donated thousands of pounds to fund ‘brand Farage’ has gone into liquidation hasn’t been too sympathetic.

Many took to Twitter to share mockery. One user tweeted, “Smallest violin, anyone?”, with another writing, “My heart bleeds.”