The UVW union has described the victory as "huge" 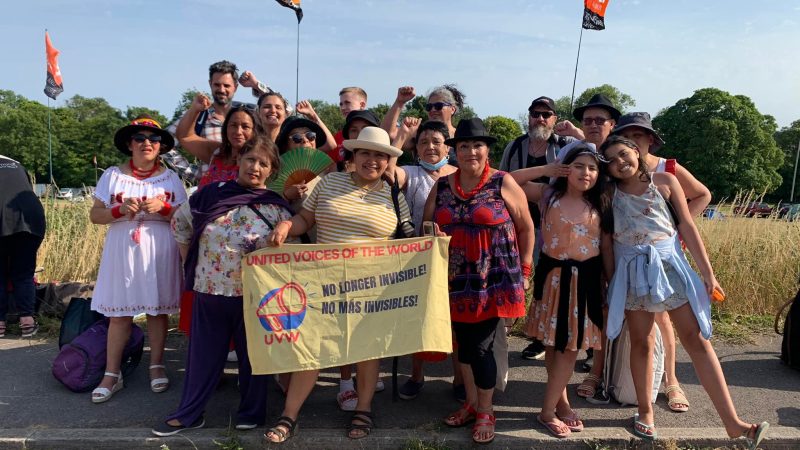 Cleaners at Latchmere Leisure Centre in Battersea have today secured a 16 per cent pay rise. The inflation-busting rise will kick in from 1 October.

The pay settlement follows a campaign from the cleaners and their union, United Voices of the World (UVW). The campaign saw the cleaners – all of whom are Bolivian migrants – fight for union recognition and dignity at work.

In June, the cleaners secured a statutory trade union recognition agreement and the right to collective bargaining at the leisure centre. The facility is outsourced by Battersea Council and managed by Places for People Leisure Management.

Juan, one of the cleaners and a UVW member, said, “A proper living wage is a right for all, whether you’re a migrant worker or not. If you don’t have a living wage it is your duty to fight for it. The bosses will try to deny you your rights and try to bring you down, but you have to keep going. Unity is strength and anything can be achieved if we are united as workers”.

Marco, another cleaner called for other workers to join UVW – saying, “UVW works for and fights for workers’ rights and I have felt their full support. The fight continues however and I call on all workers; if you have any issues with your employers or any issues at work, join UVW so together we can fight for change.”

The cleaners’ victory was celebrated by Petros Elia, general secretary for UVW. Describing the victory as “huge”, Elia said, “This win is huge. These brave cleaners have forced PPLM who have been paid £22m over the life of the outsourcing contract to redistribute their wealth with all leisure centre workers up and down the country. This is yet another example of low paid migrant workers leading the way in their fight back against poverty pay.It is vital that we share the story of these inspiring workers, the cleaners at Latchmere Leisure. If they can do it, then so can you. UVW is here for you.”