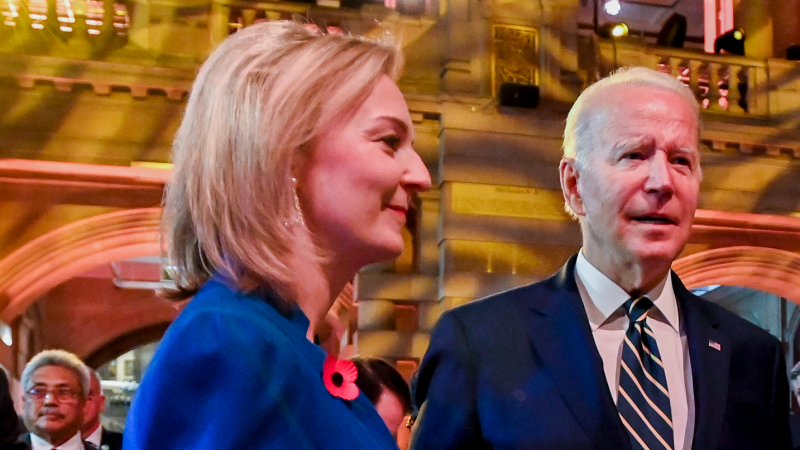 Despite the Government trying to spin Liz Truss’ recent first conversation with President Biden to the UK’s advantage, the readouts from the call are totally different.

The Downing Street version said Biden and Truss had “agreed on the importance of protecting the Belfast (Good Friday) agreement”.

But the White House had a clearer response saying that changing the Northern Ireland protocol unilaterally will be met with a cool reception from the White House and any ‘special relationship’ between the UK and the USA would face being put on ice.

After the call the White House spokesperson Karine Jean-Pierre was asked about Truss’s first phone call with Biden and whether a US-UK trade deal was discussed.

At the recent union convention of the United Steelworkers, US trade negotiator Katherine Tai told delegates that a trade agreement with the EU (with union involvement) was a priority.

US unions also pointed out the Tory government strategy of trying to get deals state by state won’t lead to a US-UK trade deal and that agreements with US states such as those with Indiana and North Carolina won’t lead to a comprehensive tariff free trade deal.

Despite right wing UK media comments advising Truss to tell Biden where to get off and questioning if we need a US trade deal anyway, an agreement with the USA was the prize promised by and Brexit supporters. The Government need it or they will be confined to doing poor deals such as the Australian and New Zealand trade deals and with India – or else talking up joining the Pacific Rim trade deal while looking at the big prize from afar and watching the UK’s place in the post Elizabethan age diminish further.

As a final barb. Asked if Joe Biden and Truss would meet at the UN general assembly later this month, Jean-Pierre said: “We don’t have a meeting or anything like that to read out at this time.”

Tony Burke is President of the Confederation of Shipbuilding and Engineering Unions and Co Chair of the Campaign For Trade Union Freedom.