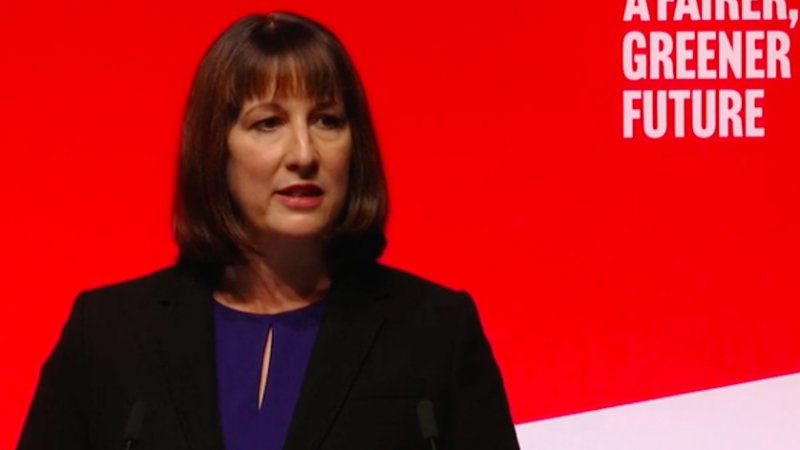 Amid a soaring cost of living crisis and record levels of poverty, Labour’s shadow chancellor Rachel Reeves set out her offer to the country at Labour conference this morning, claiming Liz Truss’s economic plan ‘has been tested and has failed’.

So, what were the 5 main takeaways from Rachel Reeves’s speech?

1.A pledge for a genuine living wage

Reeves told a packed conference hall: “On day one as chancellor I will write to the Low Pay Commission with a simple instruction, that the minimum wage will be set at a level that reflects the real cost of living.

2. Labour would use revenue from reinstating 45% tax rate to hire more NHS staff

The shadow chancellor pledged to reintroduce the 45% rate of tax and use the revenue raised to hire more NHS staff.

She said: “I can tell you: with a Labour government, those at the top will pay their fair share.

The 45p top rate of income tax is coming back.

“Here’s what we will do with that money.

“The next Labour government will double the number of district nurses qualifying every year. We will train more than 5,000 new health visitors. We will create an additional 10,000 nursing and midwife placements every year.

“More than that: We will implement the biggest expansion of medical school places in British history doubling the number of medical students so our NHS has doctors it needs.

It will fall to us to fix the damage the Tories have done.”

A significant portion of Reeves’ speech was focused on exposing the fallacies of trickle-down economics and why it doesn’t work.

She also described “trickle-down economics” as an idea that “has been tried, has been tested and has failed”, exposing a Tory party which is intellectually and politically exhausted and out of ideas.

The new wealth fund means that the state retains a share in the renewable assets in which it invests.

Reeves told the conference: “The next Labour government will create a national wealth fund so that when we invest in new industries, in partnership with business the British people will own a share of that wealth and the taxpayer will get a return on that investment.”

Reeves pledged to be Britain’s first green chancellor, as she told the conference that a greener country “is a moral responsibility, and it’s an economic necessity”.

She said the party’s green prosperity plan provided the ‘only sustainable solution to the energy crisis, to free ourselves from dependence on Russia to invest in solar, in wind in tidal in hydrogen. and in nuclear power, and to pass on to our children a fairer and greener country.’

Reeves said the cost of inaction on climate change today would mean far greater costs tomorrow, saying she refused to leave our children to pick up the piece of our failure.

She said the green prosperity plan is about economic growth too and that Britain was falling behind in the global race for new industries. ‘It matters that the largest offshore windfarm in Scotland has its blades made not in Scotland but thousands of miles away. It matters that the rest of Europe is powering ahead with electric battery factories and we are stuck in the slow lane.’