Frost’s absurd claims come as scientists said that Britain’s record breaking heatwave would have been impossible without climate change. 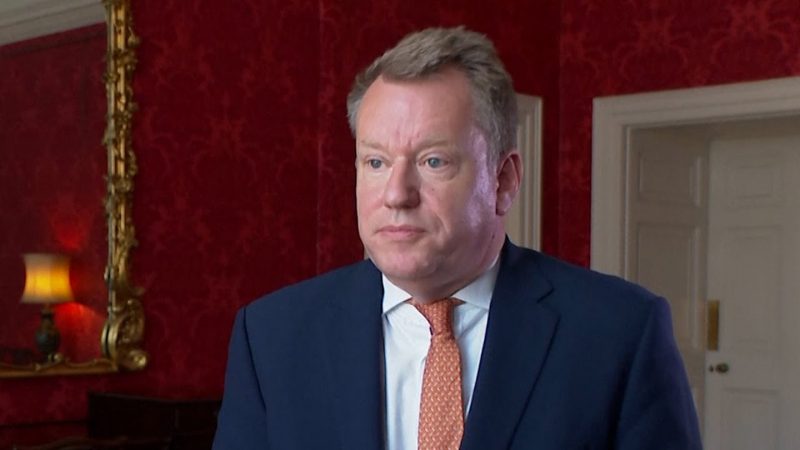 Liz Truss supporter Lord Frost has denied there’s a climate emergency and says that we should back fracking and nuclear energy, despite the UK’s net zero commitments.

In an essay for Policy Exchange, the former Tory minister took aim at the government’s totally ‘unrealistic approach’ of trying to cut emissions.

Lord Frost wrote: “The current evidence does not support the assertion that we are in a climate “emergency”.

“Rather, the effects of climate change are a problem, one of the many we face and should be tackled in that pragmatic way rather than by asking us to up-end the whole way our societies work.

“Yet the prevailing mood is one in which individuals are asked to restrict their use of energy and in which unsatisfactory renewables technology is touted as the best solution to our problems.”

Frost also described wind power as medieval technology and criticised ministers who failed to prioritise fracking. He said: “Instead of focusing on technological solutions that enable us to master our environment and get more energy in a more carbon-efficient way — nuclear, CCS, fracking, one day fusion – we have focused on managing demand so we can use medieval technology like wind power.”

Frost’s absurd claims come as scientists said that Britain’s record breaking heatwave would have been impossible without climate change.

The record-breaking temperatures in July meant that the fire service in London faced its busiest day since the second world war, as fires raged throughout the country.

The average temperature at the Earth’s surface has risen about 1.1C since 1850. In addition, each of the last four decades has been warmer than any that preceded it, since the middle of the 19th Century.

Twenty of the hottest years since records began in 1850 have occurred in the last 22 years. In 2003 an estimated 70,000 people died as a result of a European heatwave.

Yet despite all the evidence and effects of climate change so clear for everyone to see, Lord Frost thinks it isn’t a priority.

Rather worrying given that he could have a senior position in government should Truss replace Johnson.