"It takes some brass neck to say British workers need “more graft” when you’ve served in a government that hasn’t done its day job for months." 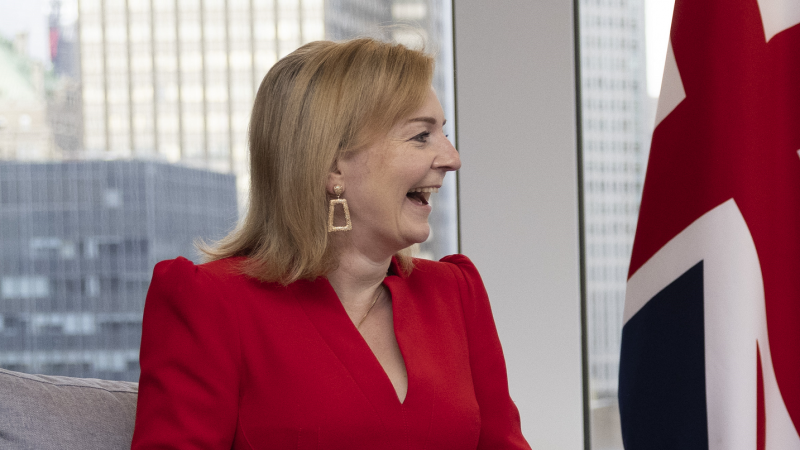 Tory leadership hopeful Liz Truss has been slammed for claiming that British workers should show more ‘graft’ and that they lacked the “skill and application” of foreign rivals, in comments which surfaced as part of a leaked recording.

The front runner to replace Boris Johnson made the comments while she was chief secretary to the Treasury.

Her offensive claims emerged after the Guardian obtained a copy of the recording, where she can be heard saying: “There’s a fundamental issue of British working culture.

“Essentially, if we’re going to be a richer country and a more prosperous country, that needs to change. But I don’t think people are that keen to change that.”

Truss also says that British workers lacked the “skill and application” of foreign rivals, specifically those in China, adding that there is “slight thing in Britain about wanting the easy answers”.

“But actually what needs to happen is more… more graft. It’s not a popular message”, she says.

The comments were condemned by the Labour Party as ‘grossly offensive’.

“I would have hoped she had moved on from the days of her Britannia Unchained fiasco, but it seems that is the blueprint for her prospective government.”

Shadow Health Secretary Wes Streeting also slammed the comments, saying that the ‘biggest idlers in this country are in the Cabinet’, while Shadow Secretary of State for Levelling Up, Housing and Communities, Lisa Nandy tweeted: “It takes some brass neck to say British workers need “more graft” when you’ve served in a government that hasn’t done its day job for months.

“Not content with thinking nurses in the north are worth less, apparently Liz Truss thinks Brits are all lazy too.”