'The UK has serious problems of skills and low productivity, but they require policies. The idiotic worker-bashing comments by Liz Truss make headlines but offer no analysis of the problems or durable solutions.' 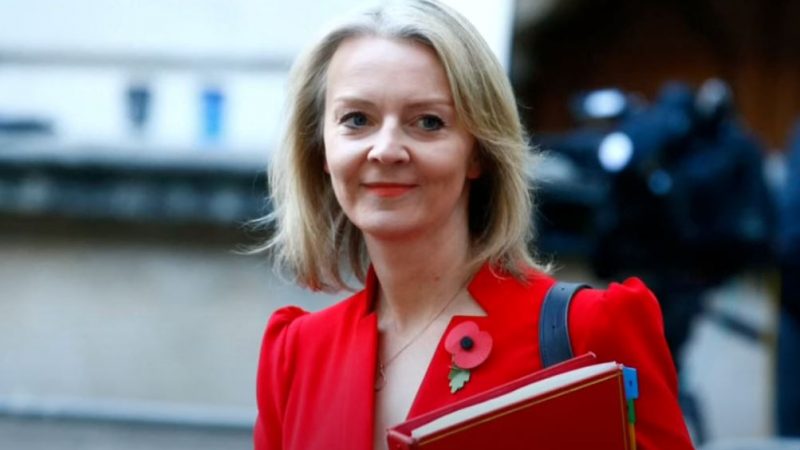 The UK’s ruling Conservative Party does not accept responsibility for any of its disastrous policies. The long list includes botched Brexit which has created shortages of goods, services and labour, the highest rate of inflation for 40 years, the highest tax burden for 70 years, the biggest fall in living standards since the 1950s, the biggest fall in real wages for 100 years and the worst economic growth prospects in G20 countries. It always blames others.

That mind-set is revealed by a leaked audio recording in which Liz Truss, frontrunner to be the next Conservative Party leader and effectively the Prime Minister, blames workers for economic woes. In her words, British workers need “more graft” and they lack the “skill and application” of foreign rivals. She added that “If you look at productivity, it’s very, very different in London from the rest of the country” and advanced the view that workers outside London and South East of England are less productive.

In 2012 a book that she co-authored said that the “British are among the worst idlers in the world. We work among the lowest hours, we retire early and our productivity is poor”. This contempt for workers is a forewarning of further anti workers’ rights legislation. The criticisms also lack empirical evidence.

Empirical evidence is that British employees work the longest hours in Europe. Only a few months ago, ministers were clapping doctors, nurses and healthcare staff for working long hours to deal with the coronavirus pandemic. Teachers, police, firefighters, railways, security and other staff worked long hours during the lockdown to prevent the economy from collapsing whilst the Prime Minister and the Chancellor partied.

The state pension age or the retirement age for British workers, men and women, is currently 66 years and expected to rise to 67 by 2028. In France, it is 62 years. British retirees receive one of the lowest state pensions in the industrialised world. With suspension of the triple-lock, it is equivalent to about 21% of average earnings.

Productivity per person is notoriously difficult to calculate. In any case, it is intertwined with investment, technology and quality of infrastructure. British industry has long been cursed with short-termism. Capital markets demand quick returns in the form of share buybacks and dividends. As the Bank of England’s Chief Economist put it, “In 1970, major UK companies paid out about £10 of each £100 of profits in dividends, but by 2015 the amount was between £60 and £70, often accompanied by a squeeze on labour and investment”.

Amongst developed countries, major UK companies pay out the highest proportion of earnings in dividends. Many, such as Carillion, resorted to borrowing to pay dividends. Inevitably, investment suffers. The UK investment is productive assets has averaged at around 18.7% of GDP, lower than Bangladesh, Belarus, Brazil, Cambodia, China, India and most EU countries. Low investment results in low productivity and skills. Successive governments have failed to tackle short-termism.

With the comparative demise of shipbuilding, mining, auto, aeroplanes and other industries, successive governments have chosen to let manufacturing wither. Since 1970, manufacturing’s share of UK economic output (in terms of Gross Value Added) has declined from 27% to 9.7% in 2021. As manufacturing was heavily located outside London, those regions lost thousands of skilled and semi-skilled jobs. The government has not offered any coherent plans for reskilling people or building a new industrial base.

For a long-time the British state accepted the cost of educating and training the work force, particularly that of university education. In 1998, all that changed and the cost of education and training shifted to individuals in the form of tuition fees. Graduates in England typically have a debt of £45,800 for a three year undergraduate degree and this exhausts their ability to bear further costs of education and training. Rather than investing in facilities to train doctors and nurses in good numbers, the government steals them from poorer nations. No effort has been made to address this skills gap.

As wealth is concentrated in London and the South East of England, the population shows higher education and skills levels. But that does not mean that those skills are necessarily used for socially desirable purposes. The finance industry employees are comparatively well paid. The lure of high financial rewards attracts graduates, which in turn deprives other industries of skilled labour. However, the bloated finance industry has miss-sold numerous financial products, and is engaged in money laundering, tax avoidance, interest and exchange rate rigging and frauds. It receives subsidies, tax concessions and bailouts (banks, London Capital and Finance), which have a negative effects on the rest of society. One study estimated that between 1995 and 2015 the finance industry made a negative contribution of £4,500bn to the UK economy, a far cry from the plaudits dished out by Liz Truss.

The UK has serious problems of skills and low productivity, but they require policies. The idiotic worker-bashing comments by Liz Truss make headlines but offer no analysis of the problems or durable solutions.