Keir Starmer has said he would freeze the energy price cap. How have the left responded? 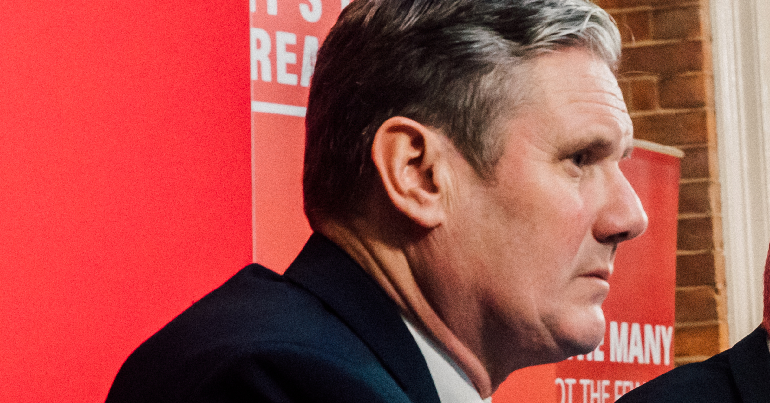 With energy bills set to exceed £4,000 in January, the Labour leader Keir Starmer has announced how he would approach the crisis if he were in government.

Starmer has said that he would freeze the energy price cap, so that rises in both October and January do not take place. The Labour Party has claimed this would save the average household £1,000 on their bills.

Labour calculates this would cost £29bn, which the party is saying could be partially funded by expanding the windfall tax on oil and gas giants.

The policy has been welcomed by organisations and influential figures on the left.

“Freezing the price cap gives time to accelerate the race to clean energy, scale up a national retrofit programme to lower energy demand and reform the energy market – the interventions needed to reduce our reliance on climate destroying and expensive gas.”

Anti-privatisation group We Own It has said, “Starmer is right to promise an extra tax on oil and gas profits to fund a freeze on the energy price cap”. The group highlight that Norway’s “permanent windfall tax means they have $1.4 trillion sovereign wealth fund to pay 80% of people’s bills above a capped price”.

However, others on the left have called for Starmer and the Labour Party to go further, and have questioned the utility of handing £29bn of public money to private energy companies.

Former shadow chancellor John McDonnell tweeted, “Freezing energy bills is right call, but short term solution of giving £29 billion of public money to energy companies with nothing in return either control or ownership or reform & back here in 6 months. Nothing extra to poorest to cope with existing bills.”

Left economist James Meadway said, “This is the right position to take.” However he added that it needs to be accompanied with “public ownership, windfall tax, price cap reform”, arguing that “a freeze holds the problem off for a bit but the entire system needs overhauling.”

Labour peer Prem Sikka has made similar points. He welcomed the policy, but argued that, “This must be accompanied by 100% clawback of excess profits of oil, gas and energy companies Nationalisation of the energy sector. Redistribution to end poverty.”

More extensive criticism has been levelled by the economic justice campaign Richard Murphy. Murphy has criticised the policy for only providing relief for six months, and because, “the fundamental flaw in [the] plan is that it only addresses the issue for households. There is no mention of how schools, hospitals and care homes will pay their bills, or how many businesses will survive this winter.”

Unite general secretary Sharon Graham was also somewhat critical. She said, “Only days ago BP announced that in April to June this year it had made almost £7 billion profits. On the same day it was being openly contemplated that household energy bills in the UK could rise to £3,600 a year. Labour’s new plans – although a step forward from what’s been proposed until now – only address the second part of this dichotomy. Not the first.

“These figures prove that the British economy does not work for workers and their families. Britain’s real crisis isn’t rising prices ­– it’s an epidemic of unfettered profiteering. Energy firms, like Scottish Power, owned by Spain’s Ibedrola, or the French state-owned EDF, own huge swathes of our energy supply. It seems that public ownership is only to be heralded as long as it is not the British people doing the owning.”