“The Brexit deceitfully sold by Jacob Rees-Mogg and the hard Brexit deal he advocated has negatively impacted almost every sector of our economy. It has made our country poorer and less safe. He must now apologise." 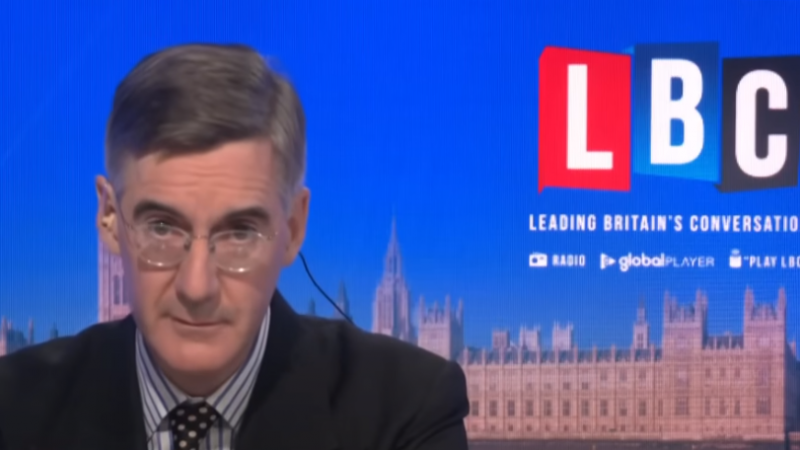 The Brexit opportunities minister admitted this week that he was wrong to claim there would be no delays at Dover because of Brexit.

The comments came as passengers face horrendous queues as they attempt to reach Dover, and authorities declare the gridlock at the port a critical incident,

During an interview with Rees-Mogg, LBC Radio replayed a quote from 2018, when the MP had insisted “there will be no need for checks at Dover” and he was clear that “the delays will not be at Dover, they will be at Calais.”

When pressed whether he would apologise for getting it wrong, Rees-Mogg said:

Maintaining the government line that it is the French, not Brexit, which had caused the recent delays at the port, the MP for North East Somerset spoke of “French-created delays.”

Suggesting that Britons may believe “going to Portugal is more fun because the Portuguese want us to go and the French are being difficult,” the prominent Brexiteer asked: “Why would we go and spend out hard-earned money in France if the French don’t want us?”, before insisting he was not calling for a boycott.

The Port of Dover and Eurotunnel have said the delays are being caused by additional checks on British passports.

Prior to Brexit, when freedom of movement existed for UK nationals within the EU, officials only had to check passports for identity purposes and to check the documents were in date.

However, following the country’s departure from the EU, different travel regulations apply for UK citizens, who have to follow the travel rules applied for third country nationals. Officials at the French border must stamp each passport to ensure travellers comply with the 90-day visa-free travel limit in any 180-day period imposed since Brexit.

According to Port of Dover officials, the additional checks and stamping of passports means that checks take an average 90 seconds, compared to 48 seconds prior to Brexit.

Following an agreement between the UK and France known as ‘Le Touquet’, French border control staff are stationed on both sides of the Channel.

In response to Jacob Rees-Mogg’s rare admission that he was wrong, Best for Britain, cross-party campaigners that uphold internationalist values, is urging the Brexit opportunities minister to apologise to everyone who has been affected by the delays at Dover and “crippling Brexit red tape.”

“The Brexit deceitfully sold by Jacob Rees Mogg and the hard Brexit deal he advocated has negatively impacted almost every sector of our economy. It has made our country poorer and less safe.

“He must now apologise, to the farmers suffering labour shortages, the businesses bogged down by Brexit red tape, the holidaymakers enduring endless queues, the young people who have had opportunities stripped away from them and to all those who are now worse off from his duplicity.”

Best for Britain’s calls for the MP to apologise for the Brexit deal he advocated have been warmly received, with many sharing their support of an apology and contempt towards Rees-Mogg and Brexit on social media.

“He should apologise for the entire Brexit deceit and the chaos/cost he has inflicted on Britain through his own prejudiced thinking,” wrote one Facebook user.

Referring to how a company co-founded by Rees-Mogg had set up an investment fund in Ireland, while warning clients about the risks of Brexit, another wrote:

“Don’t hold your breath, Smug doesn’t care he took his business to Ireland, so Brexit doesn’t affect him.”