Calls for public ownership are growing. This former Tory MP missed the memo. 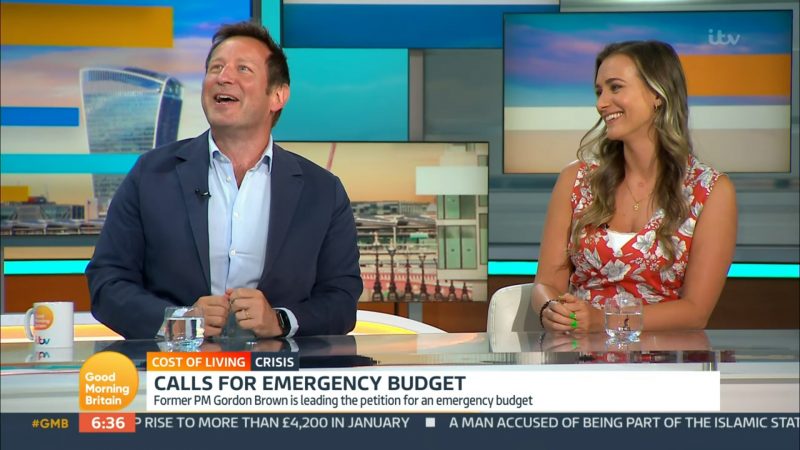 What’s one thing you can rely on virtually every single Tory to do? Advocate for privatisation in the face of all the evidence.

That’s what former Tory MP Ed Vaizey tried to do on Good Morning Britain this morning. Vaizey, who now sits in the House of Lords, was asked whether taking the energy supply companies into public ownership would help alleviate the cost of living crisis. He told the programme, “I support privatisation. I think you get better run companies in the private sector in terms of utilities.”

Tribune staff writer Grace Blakeley was also on the show, and she shut Vaizey down quickly. Interjecting, Blakeley said of Vaizey’s comments on privatisation, “The evidence of the last 40 years would suggest otherwise.”

Later, she went on to brand the sell-off of the UK’s public services in the 1980s and 90s as “mad”, and set out why they should instead be in public hands. Blakeley said, “We know this is not going to be a market. It’s very difficult to shop around. So the companies know that they don’t have to offer the lowest possible prices. They don’t have to offer a particularly good service.

“This is why we’re seeing crisis actually in all – right now – of our privatised services. If you look at rail, if you look at water, if you look at most of the utility companies – all of them are facing really deep crises […] We were told that privatisation would introduce competition and bring great value and great services to customers. None of that’s happened. Instead, these companies have just skimmed money off the top and given it to shareholders.”

The exchange came at a moment of unprecedented chaos in Britain’s utilities. The cost of living crisis has been driven primarily by energy costs, with bills set to rise to more than £4,000 in January as private energy providers have recorded multi-billion pound profits. Meanwhile, the country is set to face restrictions on water use due to the worst drought in thirty years, as the private water companies lose three million litres of water per day through infrastructure leaks and pump raw sewage into our rivers.

In light of this, calls for public ownership of the utilities are growing.

In July, the TUC published proposals to take the big 5 energy retailers into public ownership in order to deliver fairer bills for the public. Former Prime Minister Gordon Brown has called for energy providers to be temporarily taken into public hands as a “last resort” if they cannot keep prices down.

The Green Party of England and Wales has called for water to be taken back into public ownership “at the earliest practicable opportunity” in order to end leaks, crack down on sewage pollution and cut customers’ bills. Similarly, The Guardian newspaper has backed public ownership in a recent editorial which alleged that private companies have been overcharging customers and “duping” their regulator Ofwat.

Anti-privatisation campaign group We Own It is currently campaigning to bring energy into public hands. The group has launched a petition calling for the sector to be nationalised, which has over 20,000 signatures at the time of writing.