"The reality is grim and undeniable: a financial timebomb will explode for families in October as a second round of fuel price rises in six months sends shock waves through every household and pushes millions over the edge." 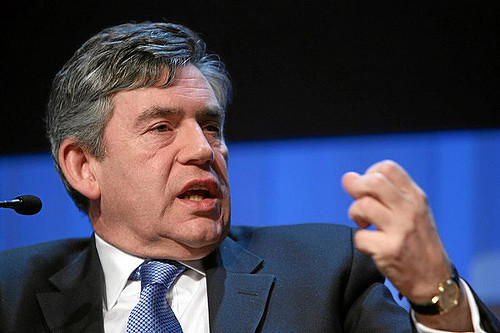 Former Prime Minister Gordon Brown has been praised for his recent interventions on the cost of living crisis, after he set out clear proposals for what the government should be doing, calling for an emergency budget.

Brown’s interventions have been in stark contrast to the Tories, with a party politically and intellectually exhausted, and Nadhim Zahawi and Boris Johnson going on holiday just as it emerged that the country faced further inflation and a recession.

Brown wrote an outstanding piece in the Observer over the weekend, where he highlighted the sheer scale of the problem facing the country, with 35 million people in 13m households – an unprecedented 49.6% of the population of the United Kingdom –under the threat of fuel poverty after further fuel price rises in October.

He added: “The reality is grim and undeniable: a financial timebomb will explode for families in October as a second round of fuel price rises in six months sends shock waves through every household and pushes millions over the edge.”

The former chancellor has called for urgent action from the prime minister, Liz Truss and Rishi Sunak to agree an emergency budget this week or for Parliament to be recalled.

When asked what he would do to help people struggling with the cost of living on Sky News, Brown said that at the very least a meeting should be called with the leadership candidates and the prime minister to agree a budget as well as for the chancellor to return to the country.

Brown also said that tax cuts would not make the difference as they benefit people who have the most amount of money rather than the least and said changes should be made to the Universal Credit system to help the most vulnerable.

He also said: “I would be talking about potentially capping energy bills, that would have the effect of getting inflation down as well as of course helping people in the greatest need, none of these things seem to be being discussed at the moment.”

Brown added that the windfall tax imposed by the government hadn’t gone far enough as it could’ve raised £15bn while the government has only proposed raising £5bn because of Rishi Sunak’s decision to include opt out clauses for energy companies, a decision he called ‘stupid’.