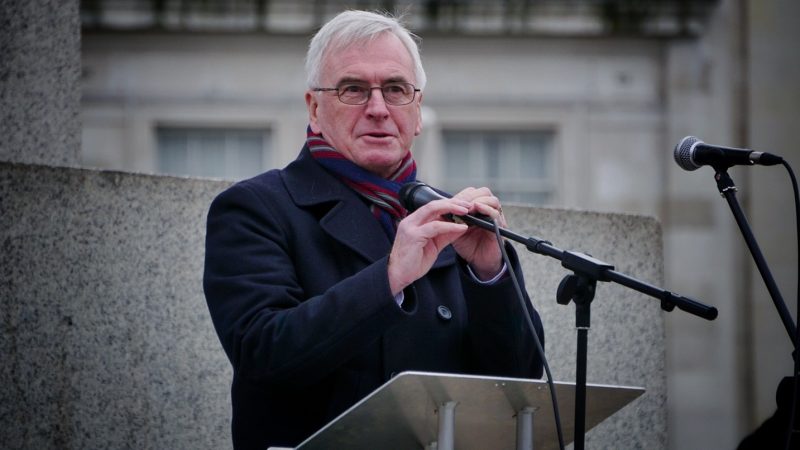 Energy regulator Ofgem has today announced the increase on the energy price cap. The average household will be paying £3,549 a year on its energy bills from October 1.

Energy analysts Cornwall Insight have projected that the cap could rise to almost £6,000 by the end of 2023.

The astronomical rises have been described as ‘a humanitarian crisis’ and ‘a horrifying blow’ by figures on the left.

Guardian columnist Aditya Chakrabortty tweeted, “Energy price cap to rise to £3,549. 25% of Britons won’t be able to pay their bill, say Citizens Advice. In January, when the cap rises again, 33% won’t be able to pay their bill. Half of them will be “a new group of people, who would otherwise be more financially stable” This is what a humanitarian crisis looks like: swathes of the country with no means of keeping their homes warm. Hospitals, schools, care homes, community centres — including places that have foodbanks — unable to afford their heating bills.”

He added, “When a market is unable to deliver an essential commodity at an affordable price it has failed. This is a failed market, yet we still pretend it is fit for purpose.”

Co-leader of the Green Party of England and Wales Carla Denyer similarly slammed the “broken” energy system in the UK. She said, “This latest rise in the price cap is a horrifying blow to households across the country and a reminder of just how broken our energy system is.” She went on to say that the Greens would “return the price cap back to what it was in October 2021”, and “bring the big five energy retailers into public ownership to stabilise the market”.

Nwogbo said, “The government’s obsession with privatisation continues to cost British energy users dearly, especially the poorest and the elderly. While our energy bills keep going up, energy users in France are paying less. It really isn’t magic. We know that people in countries that have some form of public ownership of energy pay 20-30% less than countries like the UK that allow private companies to profiteer from our energy. It is time we unlocked a key solution to this crisis and there is no better place to start than with Bulb. Let’s put aside ideology and put people before private profits.”

Labour leader Keir Starmer hasn’t backed calls for public ownership. Nevertheless, he said that the rise announced by Ofgem will “cause real pain for so many households.” He went on to say that the Labour Party “has a fully costed plan to freeze energy bills this winter and we’ll pay for that with a windfall tax on those unexpected profits.”

Meanwhile, former shadow chancellor John McDonnell has reiterated left wing MPs’ call for parliament to be recalled to deliver an emergency support package. He tweeted, “Parliament should be recalled to agree emergency package to support people being forced into fuel poverty. Freeze the bills, paid for by energy companies, public ownership if they fail, & help to poorest already struggling by at least restoring £20 UC cut.”