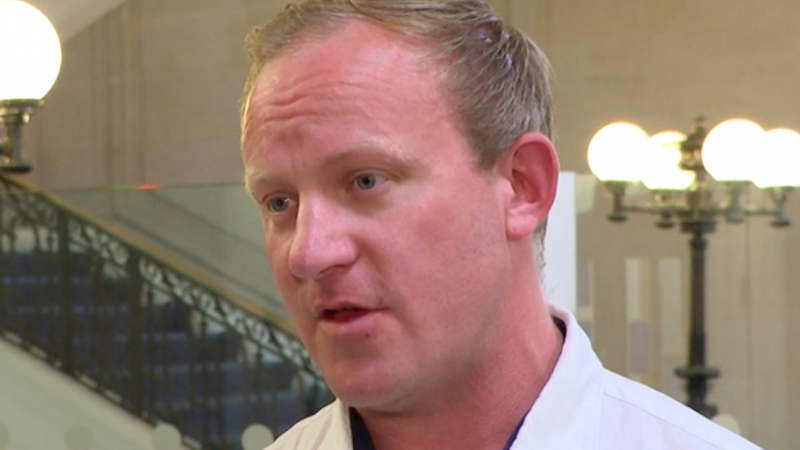 Ilford South MP Tarry joined protesters at London’s Euston station despite Sir Keir telling his frontbench MPs to stay away. The Labour Party insists that Tarry had not been sacked for appearing on a picket line but rather had been removed from post for unauthorised media appearances and for making up policy on agreed pay negotiations.

However, the sacking of Tarry led to a backlash from unions. Unite General Secretary Sharon Graham tweeted: “The @UKLabour sacking of @SamTarry for supporting working people on strike, against cuts to their jobs and pay, is another insult to the trade union movement. Quite frankly it would be laughable if it were not so serious. 1/3

“At a time when people are facing a cost of living crisis and on the day when the Conservative Government has launched a new wave of attacks on the rights of working people, @UKLabour has opted to continue to indulge in old factional wars. 2/3

[email protected] is becoming more and more irrelevant to ordinary working people who are suffering. Juvenile attacks on trade unionists will do absolutely nothing to further Labour’s prospects for power. 3/3”

The TSSA transport union also condemned the sacking of Tarry, saying they were “ashamed” of the Labour party.

TSSA General Secretary Manuel Cortes said: “Whatever excuses the Labour Party makes about the reasons for Sam being sacked, the reality is that Sam has shown solidarity with his class and we applaud him for that. The Labour Party needs to wake up and smell the coffee. If they think can win the next general election while pushing away seven million trade union members, they are deluded.”

Tarry said he was proud to have joined the striking rail workers warning that Labour was on a collision course with the unions and that he had received calls from seven union general secretaries – six of them affiliated with the party – who were “fuming” about his sacking.

Following the news of Tarry’s removal, former Labour deputy prime minister John Prescott tweeted a photo of himself addressing striking miners when he was shadow transport secretary in 1984.

Rebecca Long-Bailey tweeted in response to Tarry’s sacking: “Solidarity @SamTarry supporting workers as they fight for their jobs, pay and conditions is exactly what Labour is supposed to do. Trade unions formed @UKLabour to become the political voice of workers and to fight for a decent standard of life for all.”

MP for York Central, Rachael Maskell, called for the Labour leader to visit picket lines on Wednesday night, while GMB general secretary Gary Smith said it was a “huge own goal” for Labour to “turn a Tory Transport crisis into a Labour story”.

The Labour Party said in a statement: “This isn’t about appearing on a picket line. Members of the front bench sign up to collective responsibility. That includes media appearances being approved and speaking to agreed frontbench positions.

“As a government in waiting, any breach of collective responsibility is taken extremely seriously and for these reasons Sam Tarry has been removed from the front bench.”