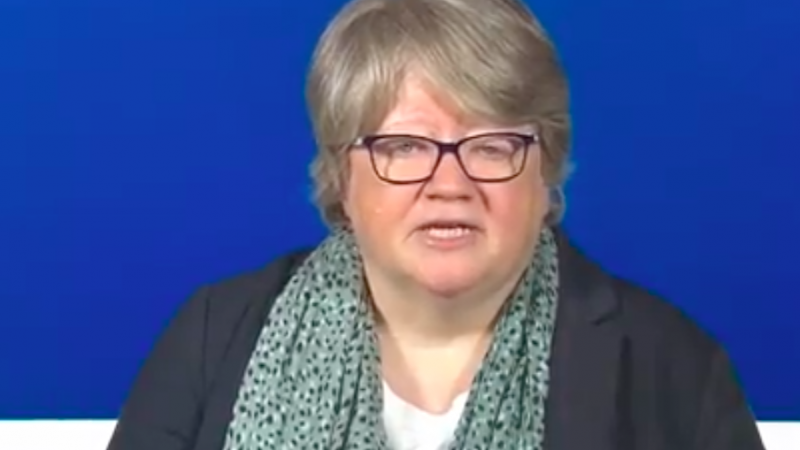 Tory MP Therese Coffey suffered a car crash interview as she tried to defend Boris Johnson’s judgement and integrity after it was reported that the prime minister was aware about allegations against Chris Pincher before he promoted him.

Pincher resigned from government last week after he was accused of drunkenly groping two men at a private members’ club. A string of allegations have been made against him since then, with Politico also reporting that concerns had previously been raised with Johnson over Pincher’s previous conduct during the February reshuffle but that the PM appointed him deputy chief whip in February anyway.

Johnson is now being urged to come clean about what he knew about the allegations, with his former advisor Dominic Cummings alleging that the PM had previously referred to the MP as “Pincher by name, pincher by nature” before handing him the whip role.

During an appearance yesterday on Sky News, the Work and Pension Secretary Therese Coffey endured an intense grilling as she sought to defend Johnson.

Asked by Sophy Ridge if Johnson was aware of allegations against Pincher, Coffey replied: “It’s been suggested there was a discussion, a referral to Pet (propriety and ethics) – which happens with all ministerial appointments, there’s an element of a bit of vetting that goes on – but ultimately the decision is that of the Prime Minister.”

The answer left Ridge confused to which the presenter said: “Sorry, I’m still not really clear” before asking again if Johnson was aware of the allegations against Pincher.

Coffey answered: “I’ve just said to you I’m not involved in any of those direct conversations”, before she was interrupted by Ridge who asked, “but why don’t you ask, I get that perhaps it’s easier to come on to these programmes and say I don’t know but surely you must ask to try and find out, that’s the first thing that most people would do?”.

Coffey answered: “As I’ve just outlined, it’s been suggested in terms of things were referred when somebody rang the prime minister, particularly on Friday I think it was he agreed with the chief whip that the whip should be suspended.”

A baffled Ridge went on to add that she ‘genuinely did not understand that sentence’.

Sharing a clip of the interview, Labour MP Luke Pollard tweeted: “What a mess this government is”, while comedian Matt Green tweeted: “It’s actually physically difficult to watch this video. But what I’ve learned is that she’s not aware if someone was aware but there was a process that was referred and she’s not really connected or aware or possibly sentient.”